The Albatros steam engine 498.104, with its overall length – engine & tender - of 25.6 m, is a truly imposing sight. In polished regal blue with vibrant red wheels, it immediately stands out among the predominant black of its contemporaries. It is also the last representative of a technological era – the final large express steam engine before the emergence of diesel and electric power on the main lines in Central Europe.

Preserved by the Albatros club and taken care of by the chairman, Mr.Veres, and his team of experts and enthusiasts.The Albatros is a regular sight at major events and commemorative rides, often pulling the presidential coach of the former Republic of Czechoslovakia. As such, it is an object which requires one to travel to see it live – it would hardly fit into any museum, let alone into anyone’s living room…

The Albatros engine could be one of the most challenging single objects imaginable for 3D scanning. It ticks all the “better to avoid” boxes – sheer size, the necessity to work in exteriors with natural lighting, shiny metallic surfaces, glass, complex structures, and layers upon layers of industrial beauty hidden in impossible angles - that make its digitalization a true test for the team and equipment. The team from Artzenal used the FARO FOCUS 150 laser scanner for dozens of positions, from which 18 were ultimately chosen, and several Nikon D850 cameras to take 45.858 photo-captures of the Albatros Steam Engine. 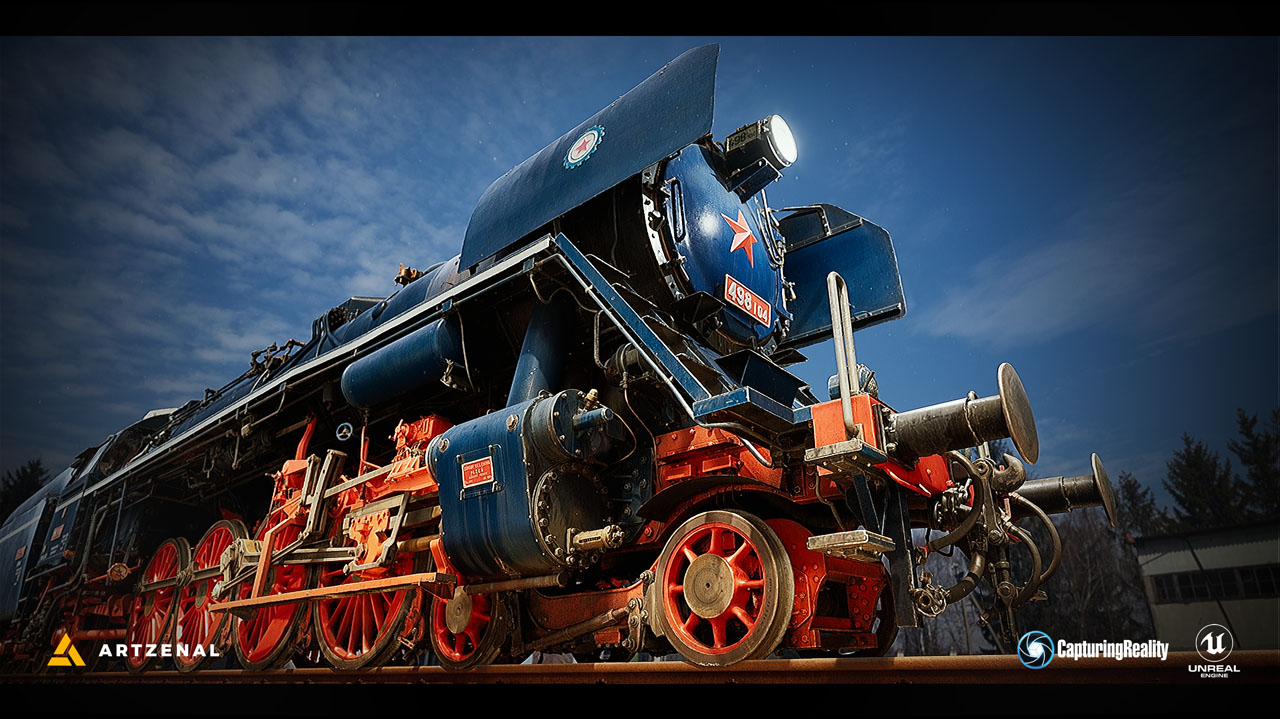 “We had to meticulously plan every step to achieve a good result – dividing the engine in “sections” and working on them according to daily plans depending on weather and light conditions to achieve an even profile. We had to develop new procedures to capture the exact surface model of the high-gloss metallic surfaces and instruments… To capture every detail, we took almost 50.000 hi-res pictures and dozens of laser-scan positions in separate passes for both model and textures. Our team spent 6 days on site capturing everything in the right conditions to achieve an absolutely highly detailed and homogenous result.” Richard Dömös – Artzenal scanning unit lead 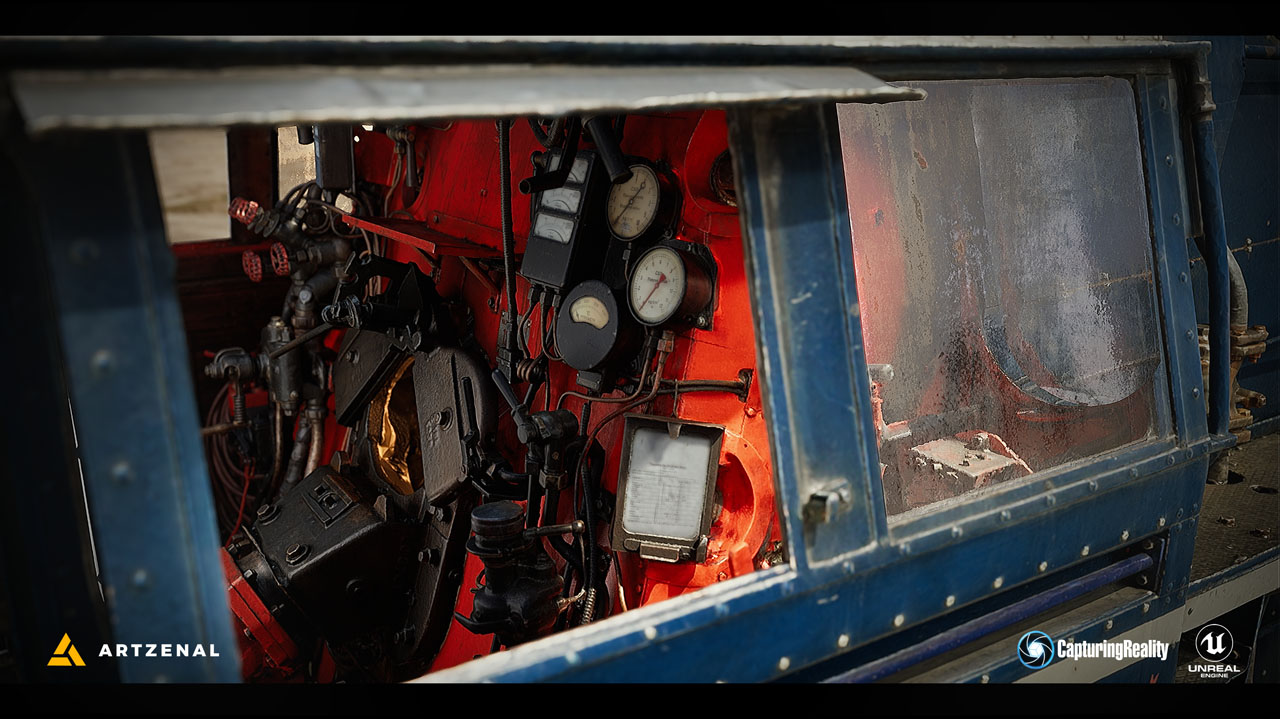 Bringing the data together

Another challenge and test for the team, the hardware, and the software, was to utilize the huge amount of collected data – over 700 GB - to create a correct single model of the Albatros steam engine + tender in one go. It was key to align huge quantities of input for an absolutely precise result, correct and true to the original in every technical detail and dimension. Utilizing Capturing Reality and the highest computing power ever employed at Artzenal, it still took several attempts – each taking multiple days for alignment and data generation to finally get a result that was satisfactory and paid justice to the majestic original.

“The Albatros Steam Engine was the biggest single asset we ever attempted to generate in Capturing Reality. All our previous works were under 20.000 photos per single object. We went into unknown territory with more than twice the count on the Albatros. The process was a learning curve with several restarts, but the outcome and know-how gained justified the means and effort. The process was also a test of the Capturing Reality software. On our side at least, we never tried to process this amount of input of different types – laser scans and photographs – on a single object. The outcome is a proof of the performance of this tool and we are confidently looking for further challenges in the future.” Marcel Petras – founder & lead of the Artzenal 3D pipeline

These raw were stored data as root files for all future use-cases. The quality would allow virtually any purpose – from scientific archiving through film/video-VFX to hi-res print, real-time, 3D print or any imaginable use where digital data can be applied. 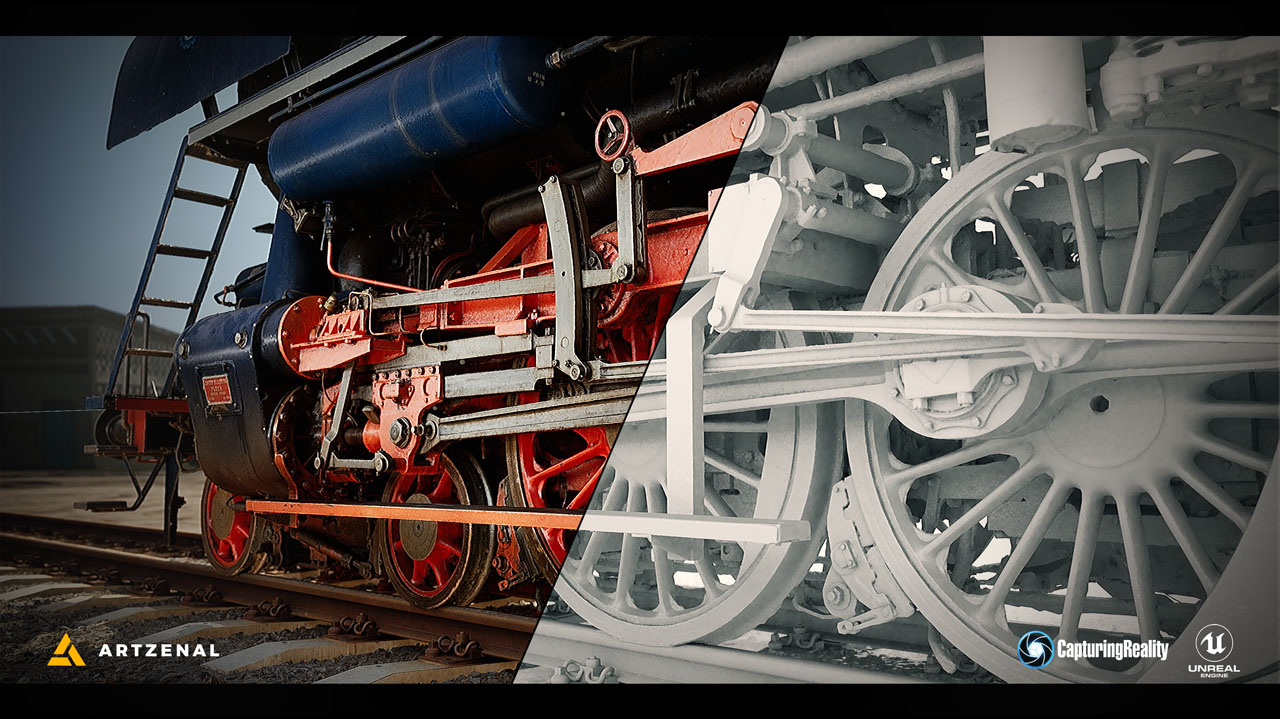 The main use-case – bringing the Albatros steam engine to life as a virtual experience – required the transfer of raw data to an optimized format for the use in the Unreal Engine. Epic’s Unreal Engine was a natural choice both due to the powerful visual package and the possibility to easily create builds for our intended target platforms.

To achieve a fast real-time performance in the future use-cases, but also keep maximum quality on respectively performant hardware, the initial target was set to reduce the 1.38 BN raw model to a size well under 5M triangles and roughly 150 textures and 36 materials to have a “master” real-time model. 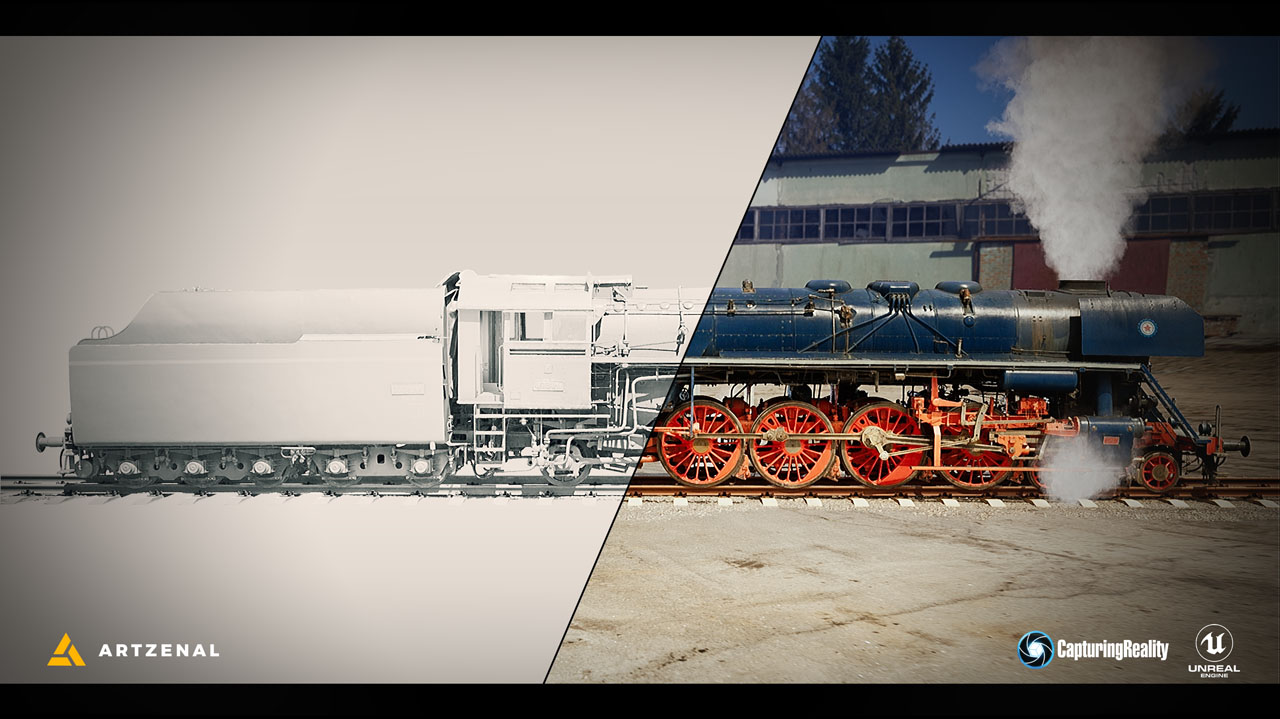 Ultimately, the “master” Albatros steam engine + tender has a mesh of just under 3M triangles and utilizes 150 textures and 36 materials. This version runs in the Unreal Engine at a stable 60FPS+ on standard PCs and is a good base for subsequent optimizations for different target hardware setups.

At this step, the single object source model was separated into various objects and sub-groups. For this purpose, Mr.Veres and the Albatros club have provided the team with a detailed guided tour, explaining all functional elements of the engine and the controls in the cabin. This was followed by a live demonstration to record the motion, sound and effects (fire, smoke and steam) produced by running such an impressive machine. This material will help to recreate the operation of the engine with every detail in the Artzenal’s virtual experience. 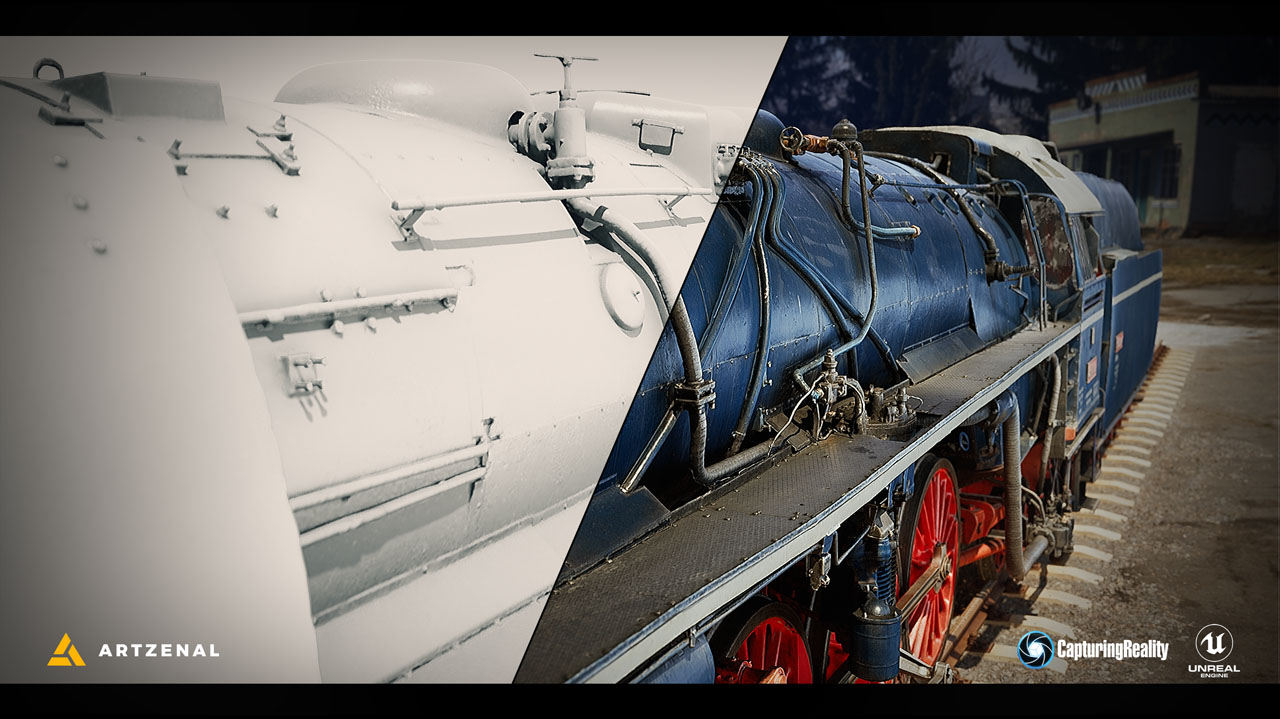 “We had to make the right decisions upfront, otherwise we would have to return to the raw model and repeat processes later. Building on experience in games development and on the Unreal Engine as a platform, we took division and optimization in one major step, ending with a “game model” which can now be used completely dynamically in our intended real-time scenarios” - Marcel Petras – founder & lead of the Artzenal 3D pipeline

Virtual Future of The Albatros

Following the key milestone of having the Albatros steam engine running smoothly in the Unreal Engine, verifying the post-optimization visual quality, the team is now embarking on the task of adding “life” to this huge virtual machine. 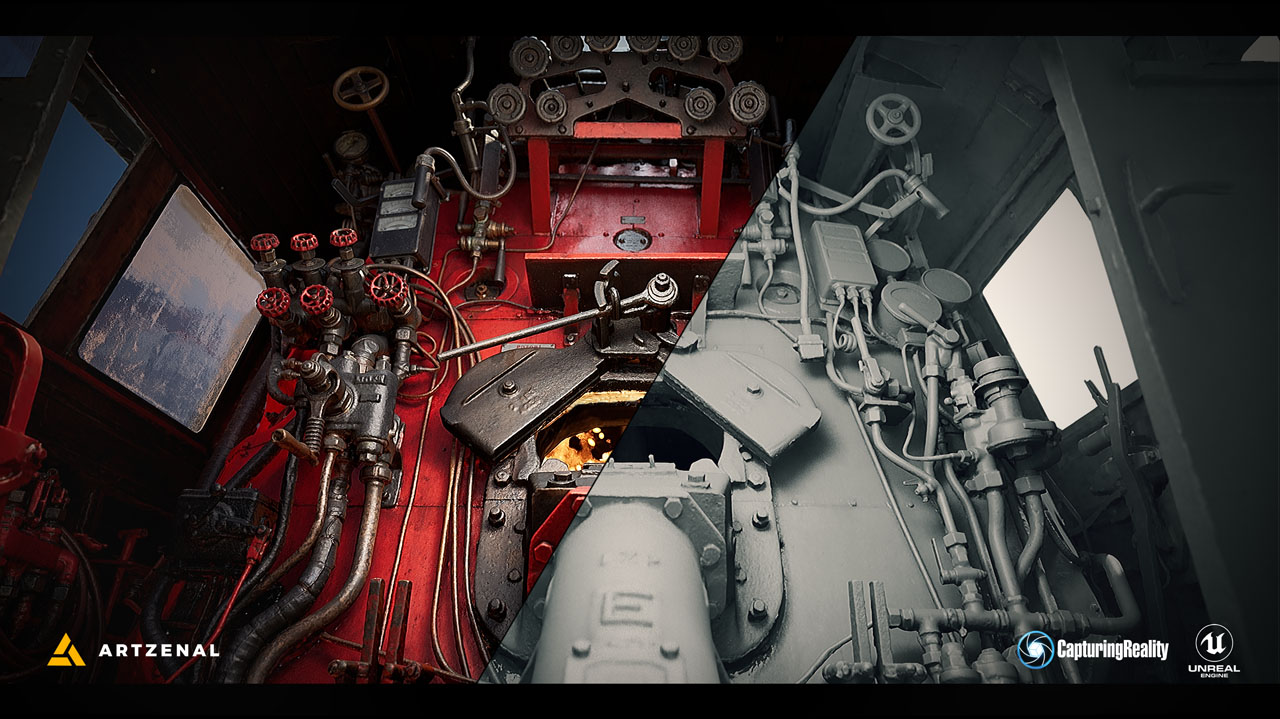 The next steps will be to add the intended functions, interactions and operability and create branches for use on final target platforms – in 2021, we want to bring the Albatros into Virtual Reality and high-quality projections as an interactive experience. There is a great potential in combining the visual quality of scans with hands-on delivery of information & educational value – in this case, experiencing a steam engine in entertaining gamified scenarios.

As team at Artzenal says: “For us, this is the essence of Virtual Cultural Heritage – making things accessible digitally, to new audiences and above all, breaking barriers by presenting valuable content and knowledge in an appealing form.” 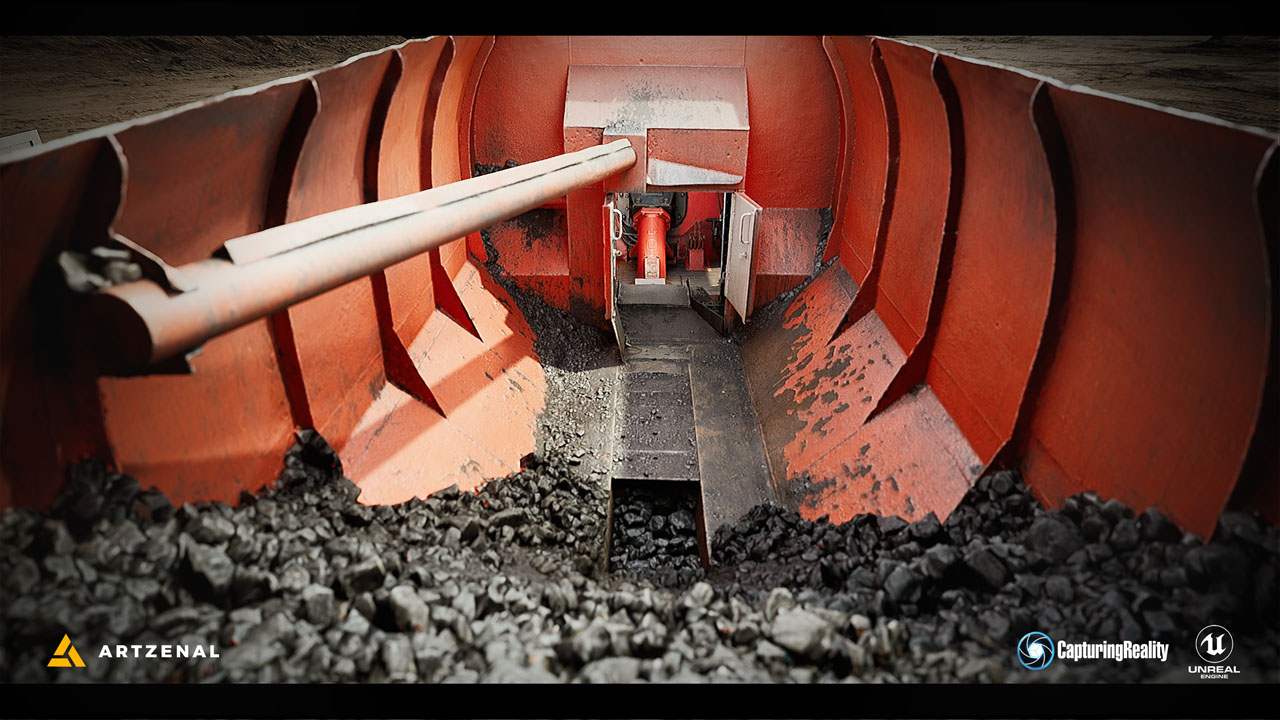 In the case of the Albatros, the scenario will feature about 10-15 minutes, in which the user will approach the “cold” engine and first make it ready in the exterior – check-up, grease, coal, water, sand. With those tasks done, users move on to the cabin and light the fire, build up pressure and steam, set up valves and levers and finally proudly pull the horn and cast off – with full visuals, sounds and motion, in Virtual Reality, at home or at one of the partner installation sites.