How RealityCapture is being used in cases such as these?
Smithsonian Institution Digitization Program Office recently scanned the Space Shuttle Discovery, in high resolution using tens of thousands of 50-megapixel images and hundreds of laser scans.

Vincent Rossi, Smithsonian 3D Digitization Office, Branch Manager explains the process: “We used a Surphaser laser scanner, Z+F laser scanner, and Canon 5DsR with mounted ring-flashes for photogrammetry capture all processed in RealityCapture software (Try it Now). Both the laser scans and the photogrammetry were processed into the final model. As you can see from some of the pics and videos we did some shots from the ground (for the heat shield and lower sides of shuttle) but a lot of the imagery and scans were captured from big cherry pickers.”

For such a big model laser scans helped to get every detail possible, so you can even check the serial numbers or look up into the wheel well. Through the Smithsonian Discovery model page you can download a different variety of Discovery 3D model file types and for example, 3D printed it. Also, their collection of more than 2000+ models, Open Access models, is completely free and not copyrighted. 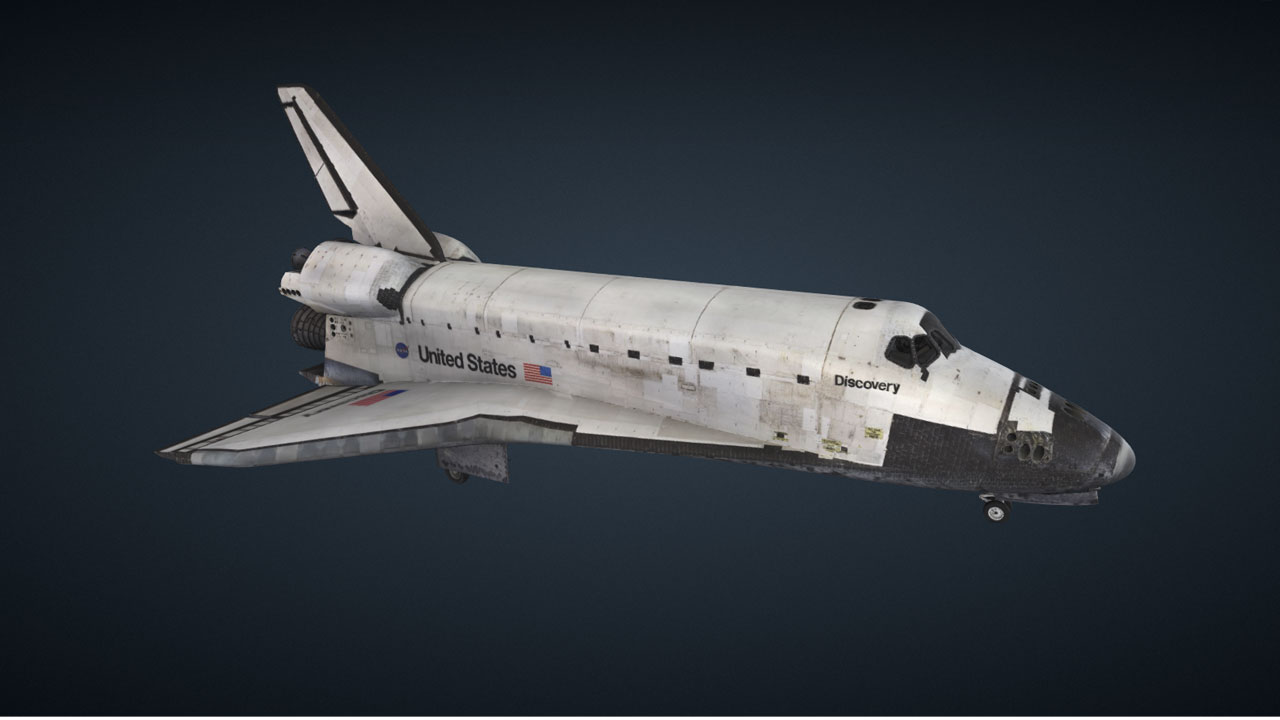 “Discovery was the third Space Shuttle orbiter to fly in space. From 1984 to 2012, Discovery flew 39 Earth-orbital missions, spent a total of 365 days in space, and traveled almost 240 million km (150 million mi) —more than the other orbiters. NASA transferred Discovery to the Smithsonian in April 2012 after a delivery flight over the nation's capital.”


This project was generously supported by Meredith Siegfried Madden and Dr. Peter Madden who wanted to help make sure the public would see and be able to access this open data initiative.