The UNESCO World Heritage site of Polonnaruwa in Sri Lanka contains ruins of an ancient garden city created by Parakramabahu I in the 12th century. It was the second capital of Sri Lanka after the destruction of Anuradhapura in 993. Today, the archaeological area contains the remains of several Buddhist temples, monasteries, statues and stupas or vatadages.


The Zamani team, comprising five people, documented the site as well as the vatadage in nearby Medirigiriya during an eight-day field campaign in March 2019. The documentation consisted of meshed and textured 3D digital models of sixteen structures based on laser-scanned data and photography. Ground plans, sections and elevations were derived from the 3D scans. Following the documentation policy of the Zamani team, ortho-images as well as panorama tours of both sites were produced. 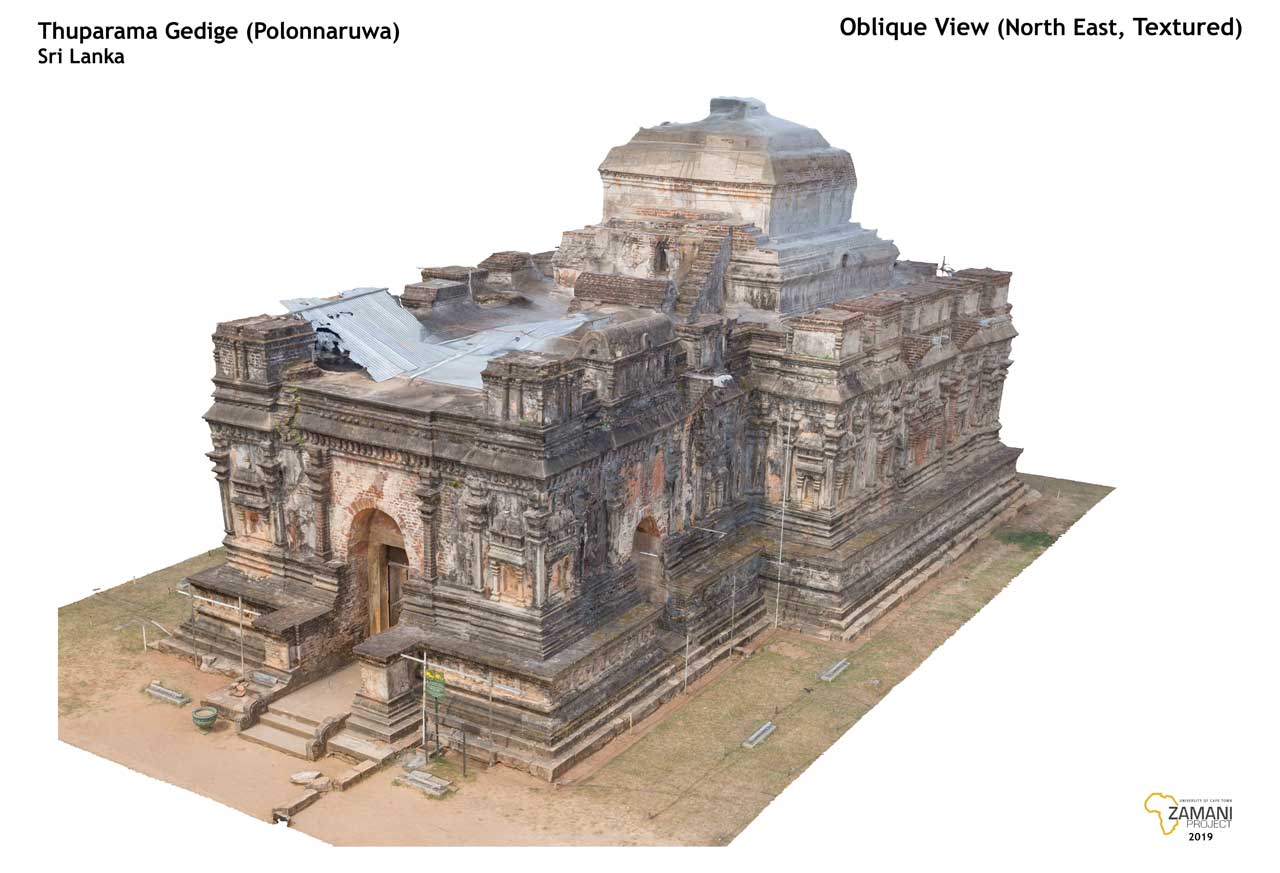 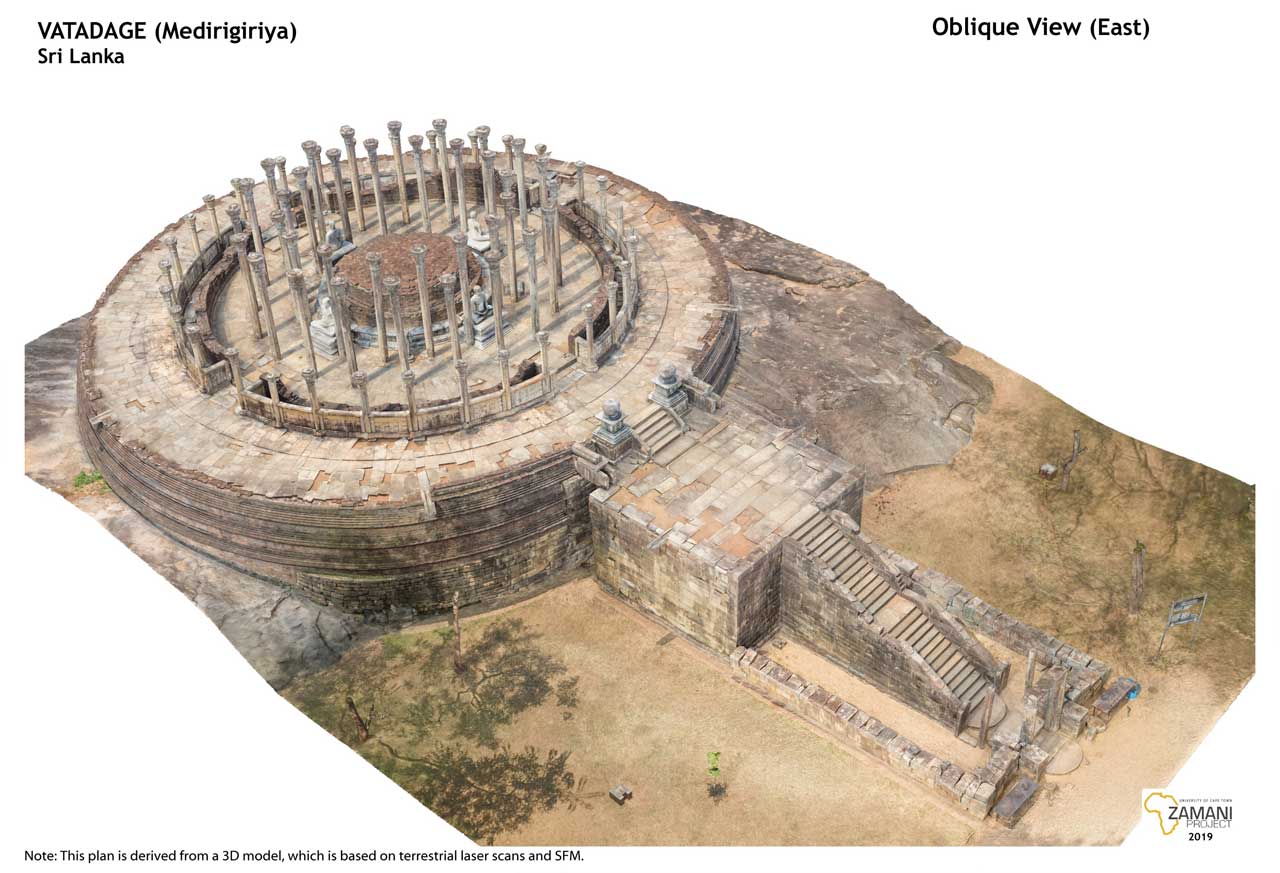 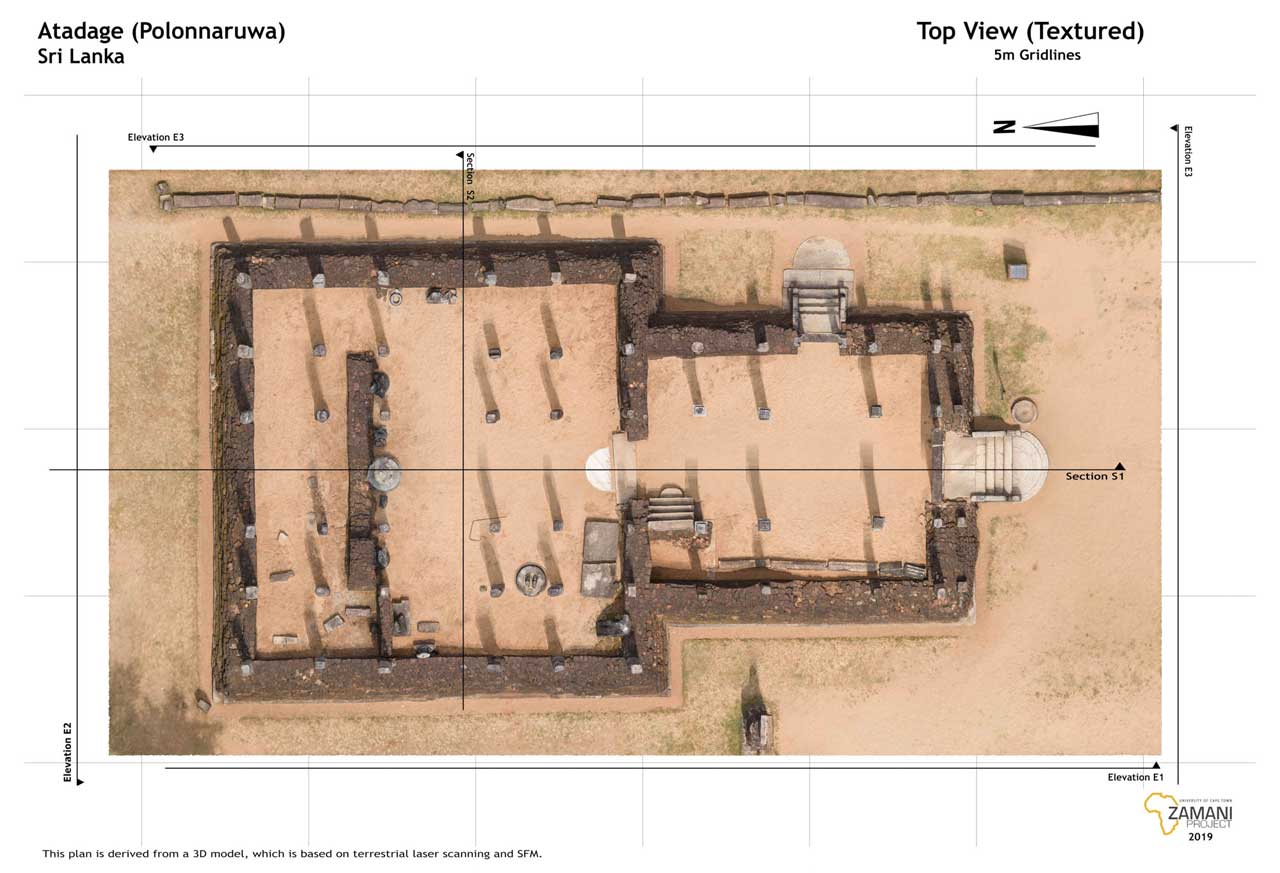 The objective of this project was the creation of digital records of these important heritage sites as well as the provision of data for site management, possible future restoration and conservation interventions and as a means to support tourism.

Like laser scanning, photogrammetry has the advantage over mechanical survey methods that it is contact-free, something which is especially important for the survey of heritage sites.

Photogrammetry creates permanent records for future generations and its relevance for the preservation of tangible cultural heritage is beyond question. 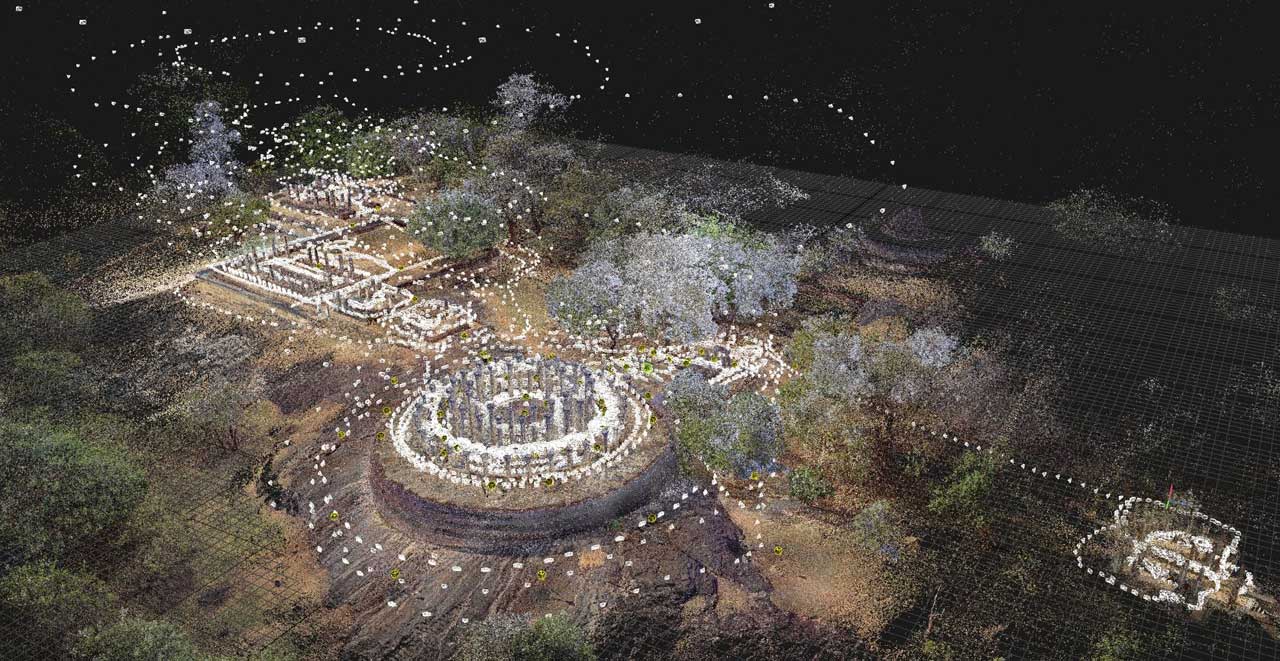 The team used extensive drone and terrestrial photography, in combination with laser scans to create high resolution textured, meshed models. The resulting models show high detail of geometry and colour, which can be used for precise measurements without a visit to the site.

RealityCapture was a great addition to their pipeline as it provides them with the capability of combining photography with laser scanning and allowed them large data volumes while generating models of high quality and detail. All of this was a significant improvement in their working pipeline. 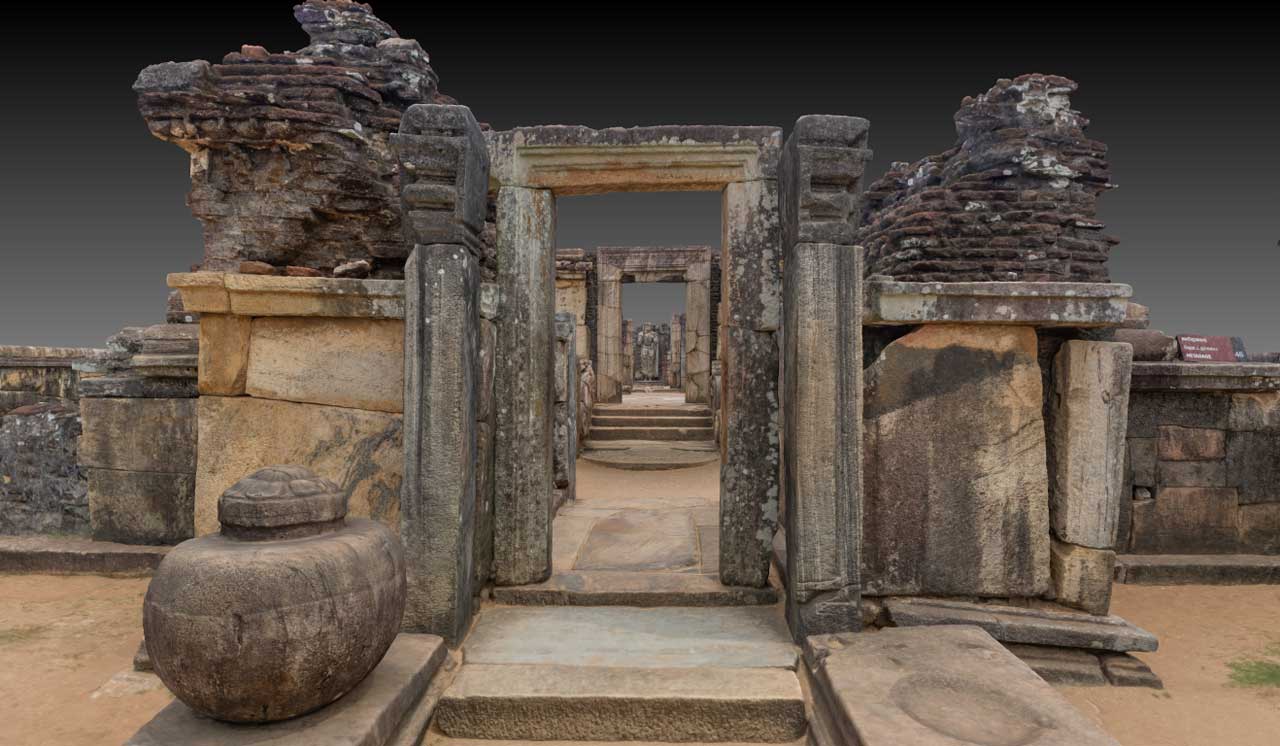 Working on heritage sites made them aware of cultural and religious sensitivities associated with heritage monuments. Respecting all the values and rules of other cultures makes certain operations rather challenging. For example, in countries such as Myanmar they are wearing footwear forbidden in religious areas, with 30-40 degrees Celsius outside. Walking on the hot bricks barefoot makes the documentation of the object quite difficult. But all this “suffering” is outweighed by the fascination of experiencing the atmosphere of these historic religious environments and being able to witness and explore their architectural details.

The Zamani Research Group uses state-of-the-art technology to capture spatial data of heritage sites to create a permanent record of important monuments for restoration and conservation purposes and as a record for future generations, while developing spatial documentation methods and standards. The group further seeks to provide material for education, research and site management and to increase international awareness of heritage. To date, the project has documented more than 250 monuments on 65 sites in Africa, the Middle East and Asia. Zamani works on a non-profit basis.