An example shown on a 7th century church located in Talin, Armenia. 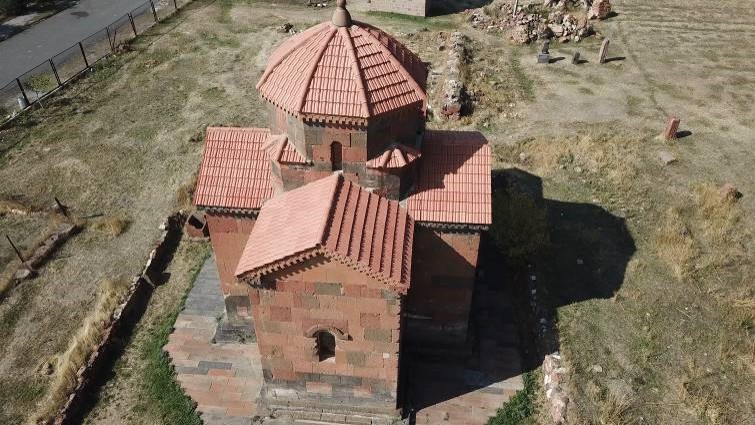 Given the Christian roots of the Czech Republic and the fact that Armenia is the oldest country to embrace Christianity as its state religion (301 AD), the attention is focused on the amazingly preserved Christian architecture.

Both churches (smaller ones dedicated to Virgin Mary and Great Cathedral) are located near the city of Talin, in the province of Aragatsotn. In both cases, only photogrammetry (terrestrial + video from the drone) was used for 3D documentation. In fact, it has been proven that by using appropriate methods of the image capturing and by using robust software (RC), laser scanning can be completely replaced.

The exterior and interior of the building can be scanned very well and above all, very quickly. The high efficiency of this method is due to the low cost of technology and in the speed of gathering the data and creating the digital copy of the object of interest.

Models of both churches from Talin are georeferenced thanks to four ground control points. The control points are determined by the polar method. In the interior of the building, other control points were measured by using a polar method as well, which showed high accuracy (and correctness of the automatic connection of exterior and interior) of automatic calculation in RC.

What is essential for photogrammetry is the quality of the input data and good camera. In this case the photos were captured by professional photographer Martin Frouz.

The processing of data

a/ 160 images of the exterior ( Canond EOS 5D Mark IV) The images were taken in raw format with 24mm lens.

Note: When it come to quality of the resulting data, the use of video from the drone is not an ideal solution. It was chosen for two reasons: the size of the drone and the speed of data capturing. However, for capturing the inaccessible parts of the roof this data source was sufficient. 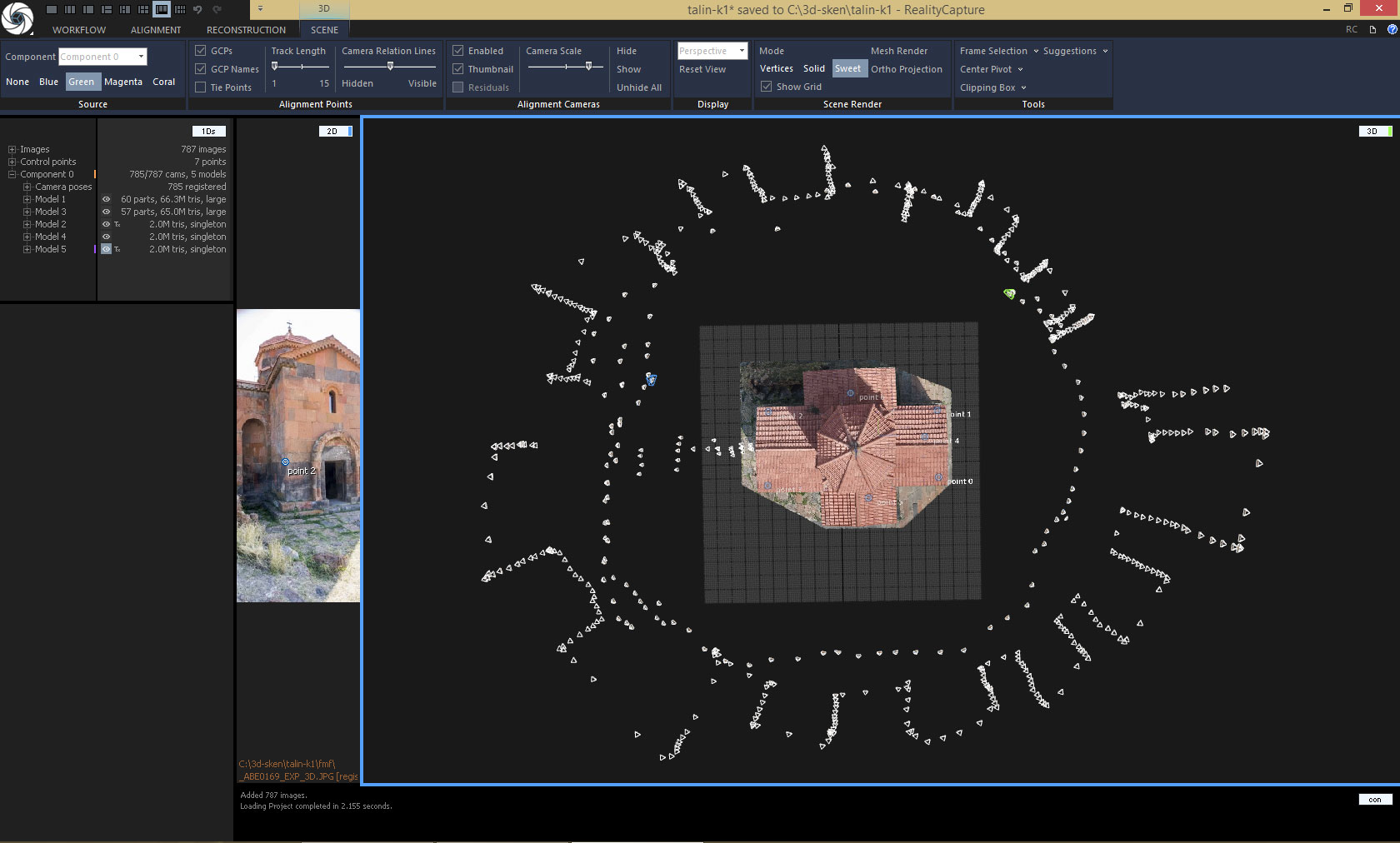 From each tested photogrammetry software, the RC was the only software that produced detailed and accurate model fully automatically. 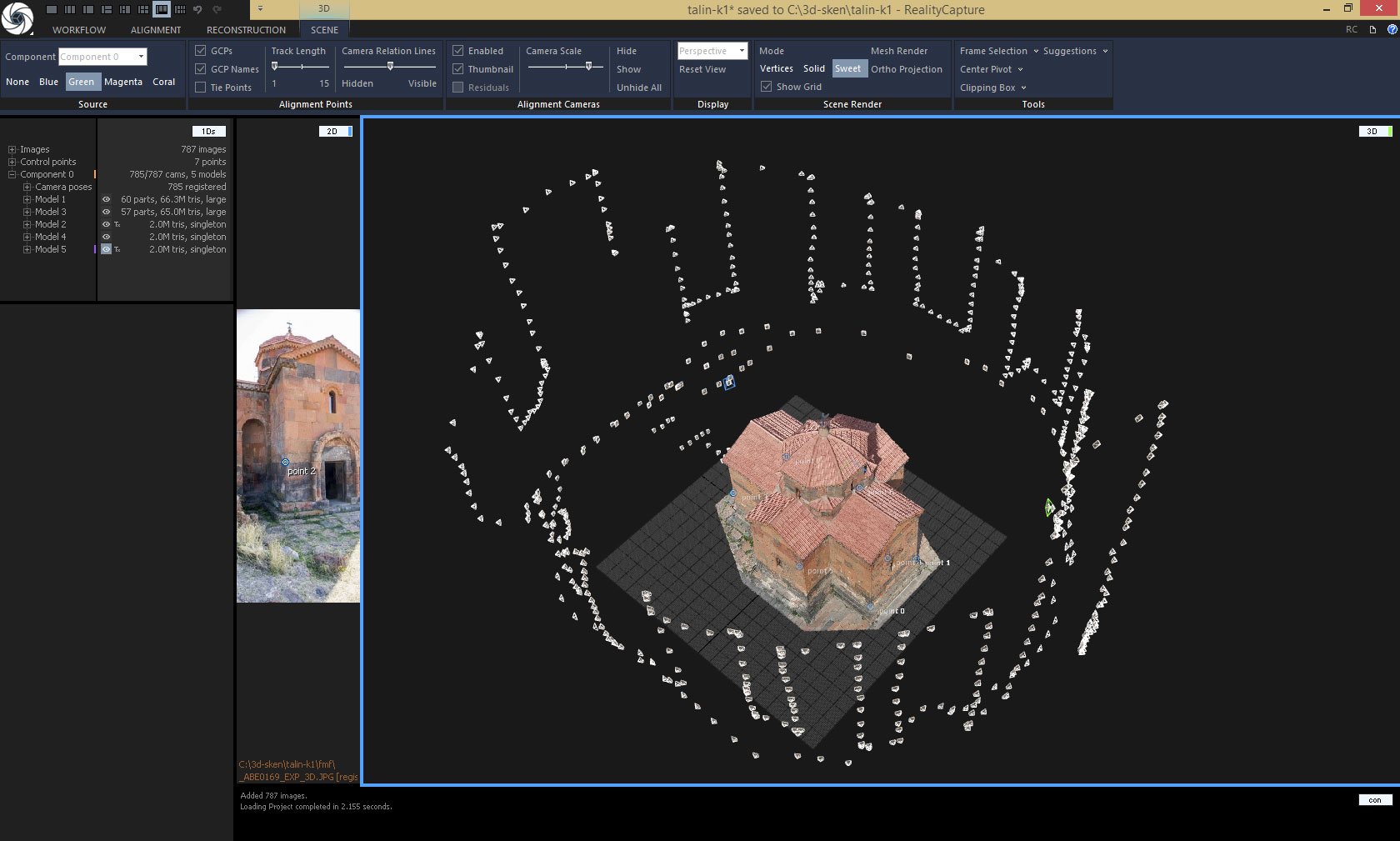 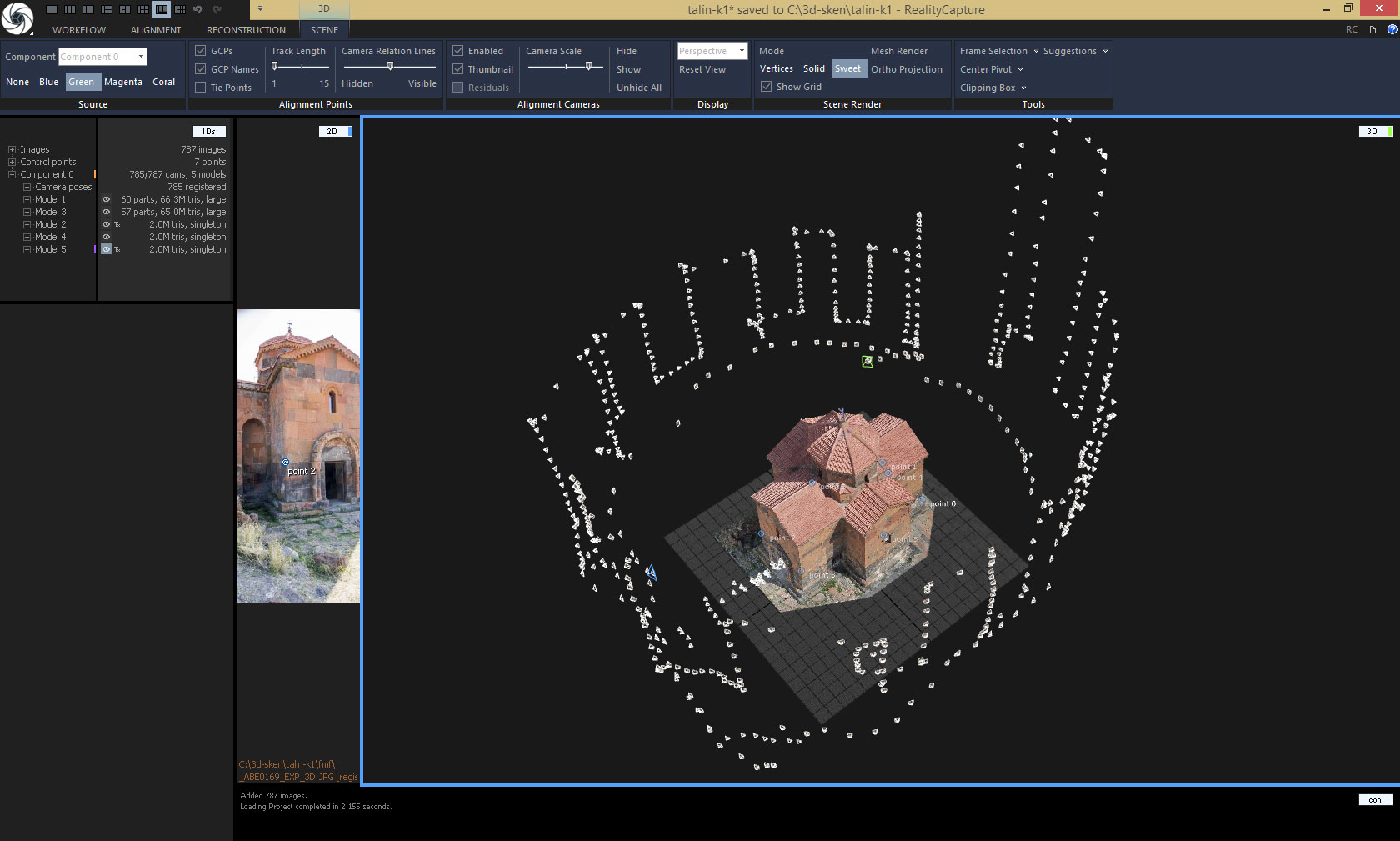 The position of the cameras shows the exterior capture method scenario. Flying with drone in as most regular grid as possible. The capturing method affects the quality of the resulting model and allows for additional or controlled stereophotogrammetric calculations. (Recommended photographic documentation methodology in archaeology for subsequent metric image analysis, Sindelar at al. 2019, Digital and digitized photography for scientific purposes in monument care practice, Bezdek, Frouz 2014) 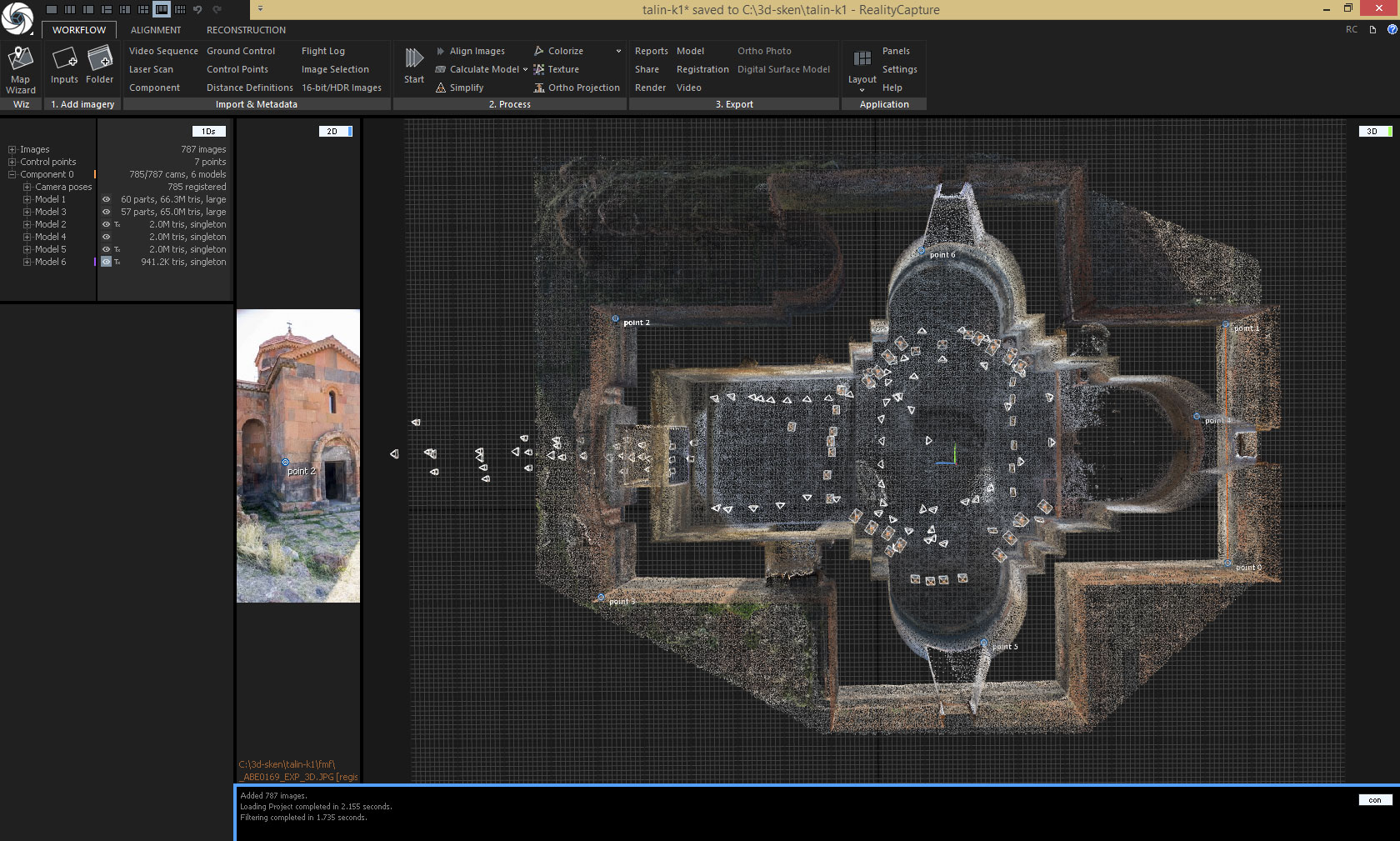 Position of cameras for calculation of interior and merging with exterior. 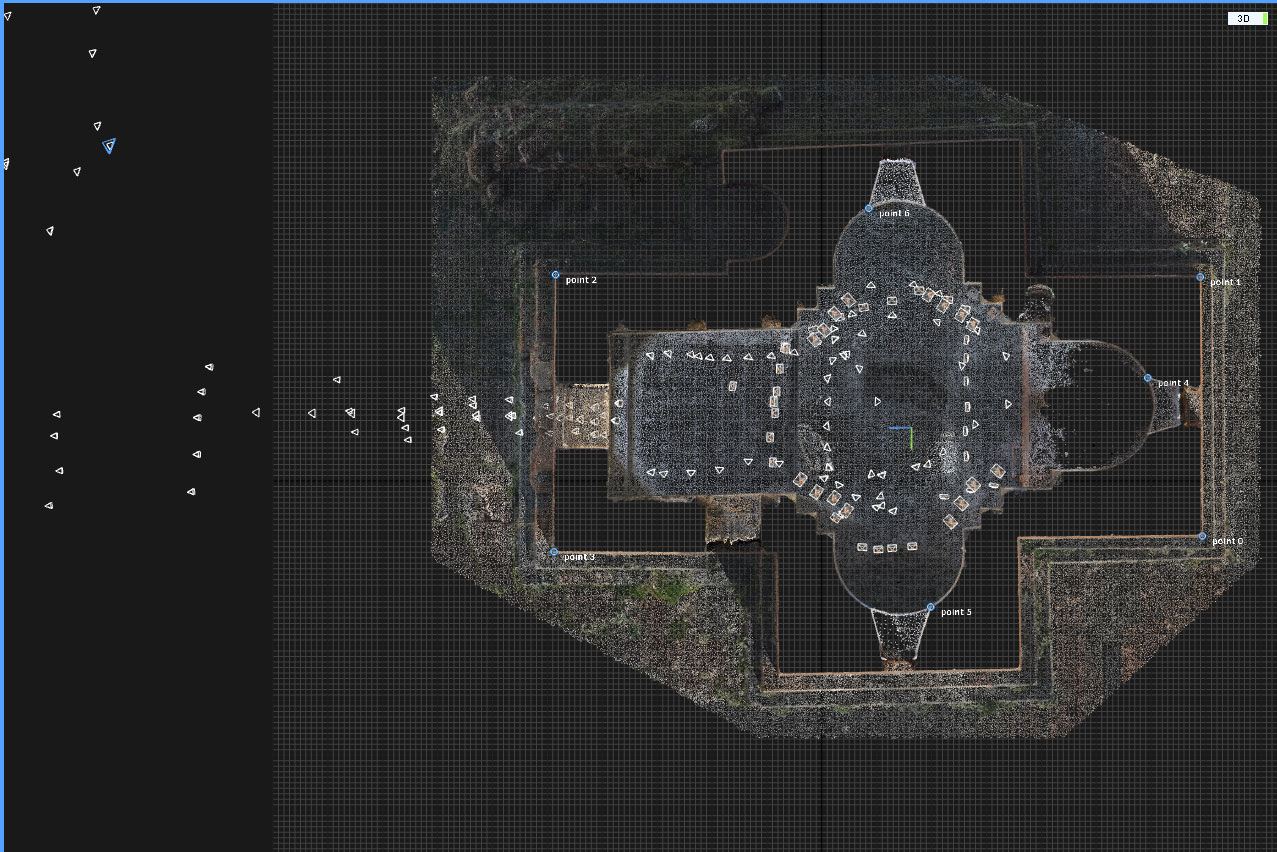 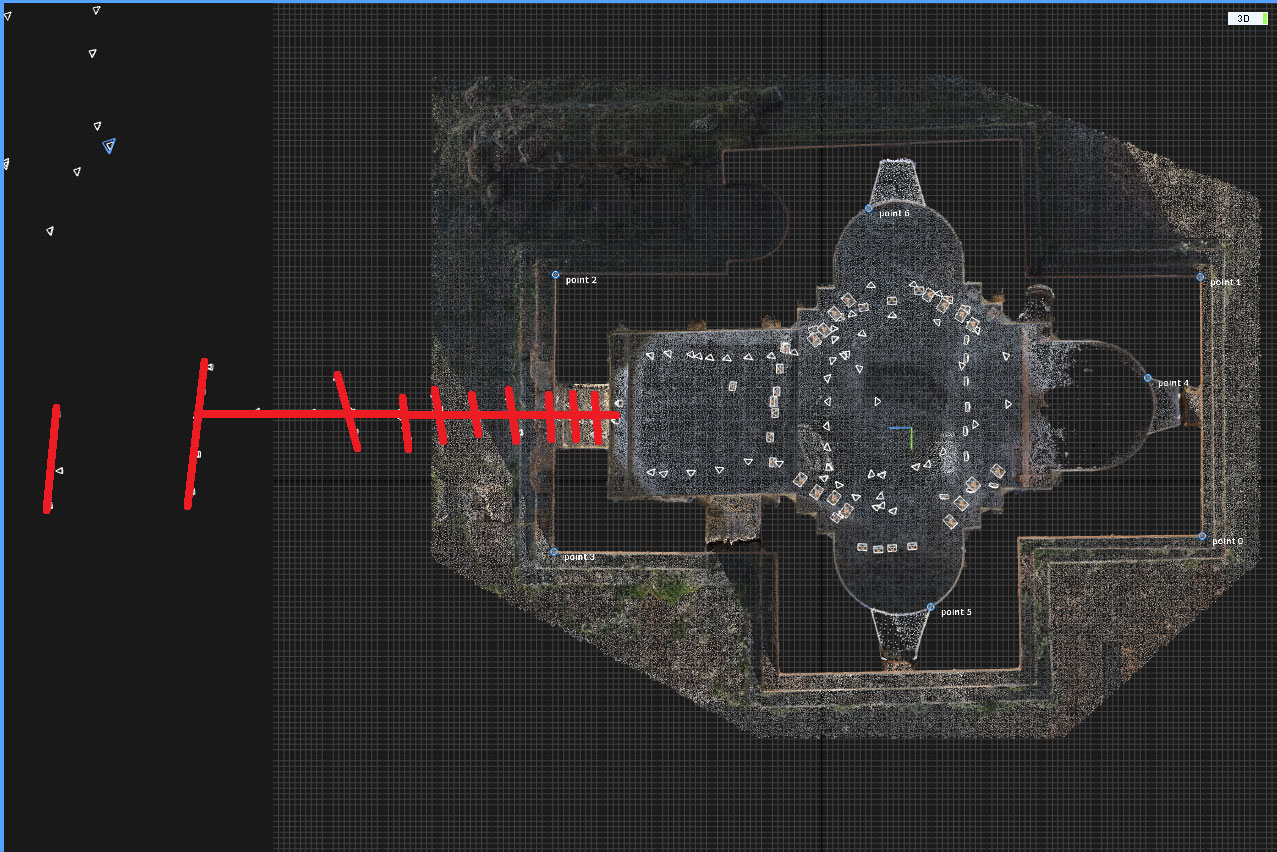 Optimal distribution of photography standpoints for automatic connection of exterior with interior.
We move along imaginary lines and always take a series of images with a parallel axis of a scene - this enables better automatic connection through a small building opening and also a possible stereophotogrammetric calculation (in addition to a series of images with axis of capture perpendicular to the object, oblique, diagonal and frontal images are captured as well.) 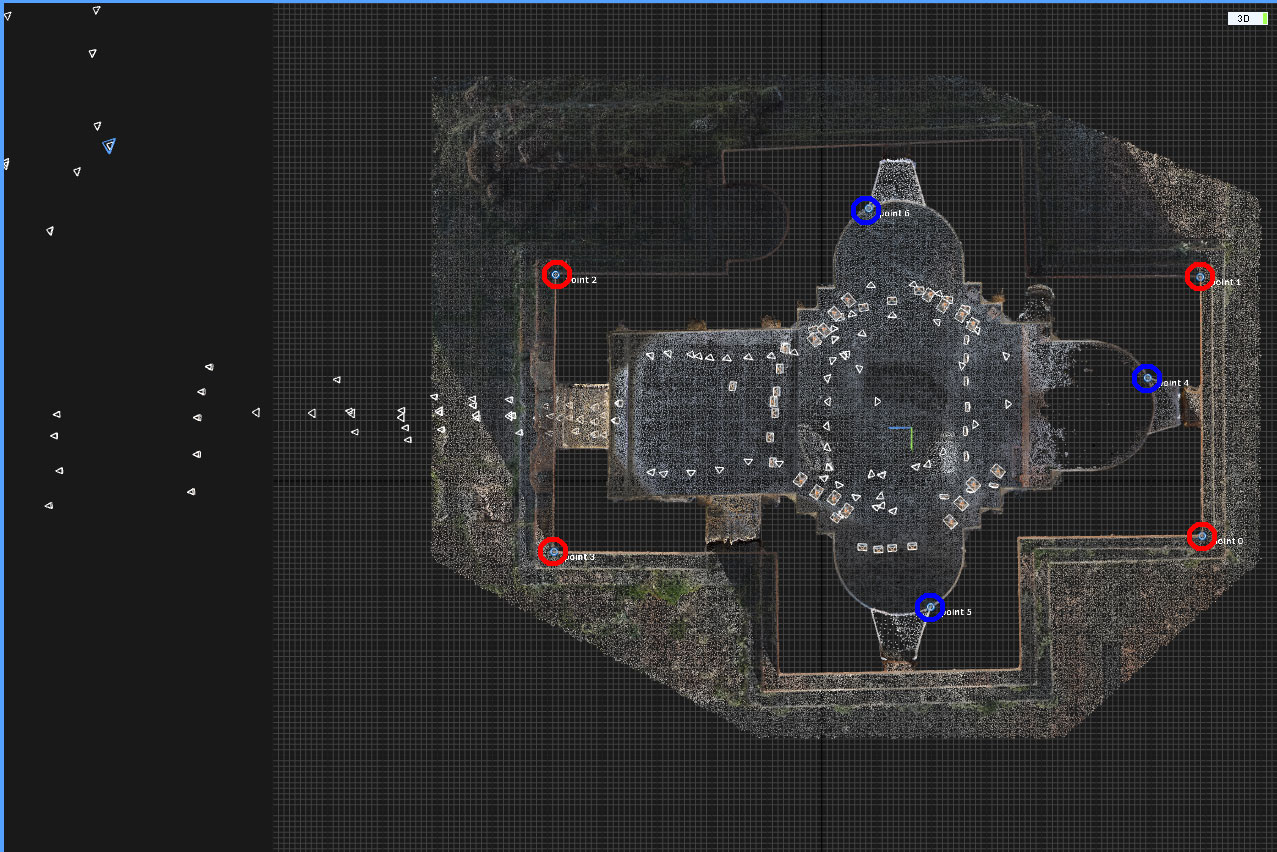 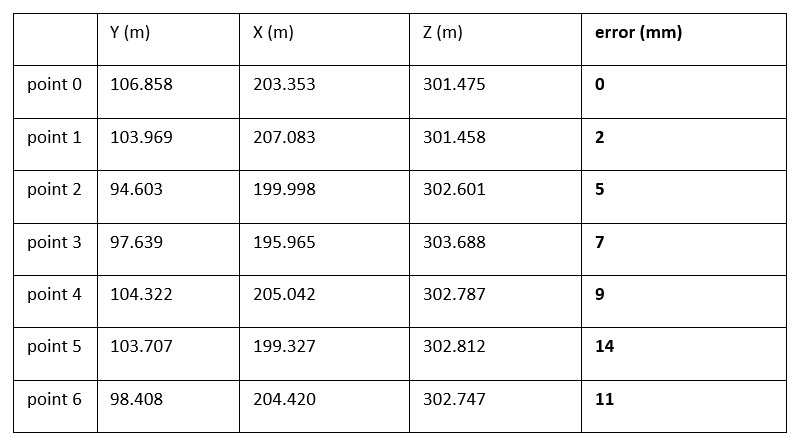 Table of coordinates of ground control points and the position errors after processing in RealityCapture. 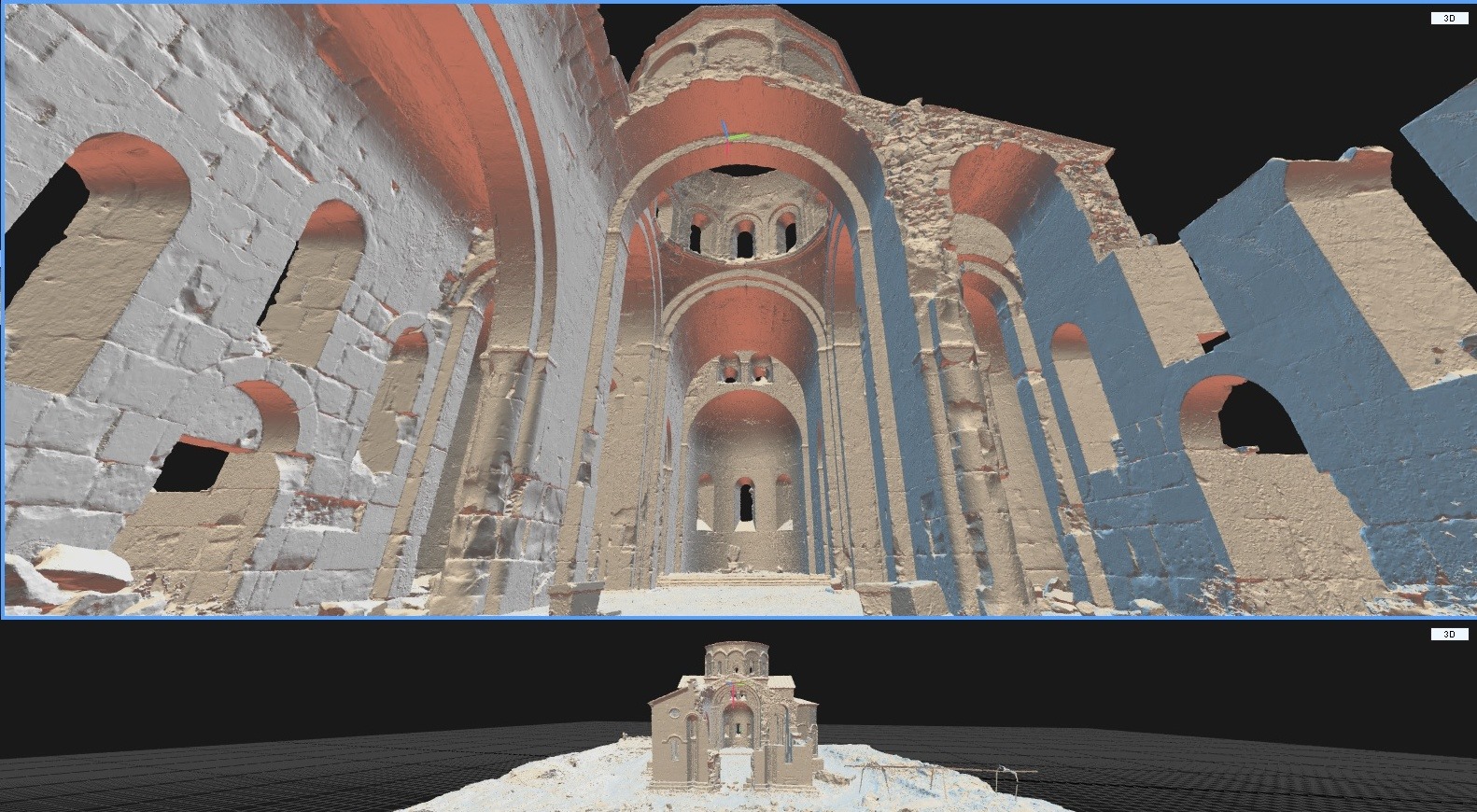 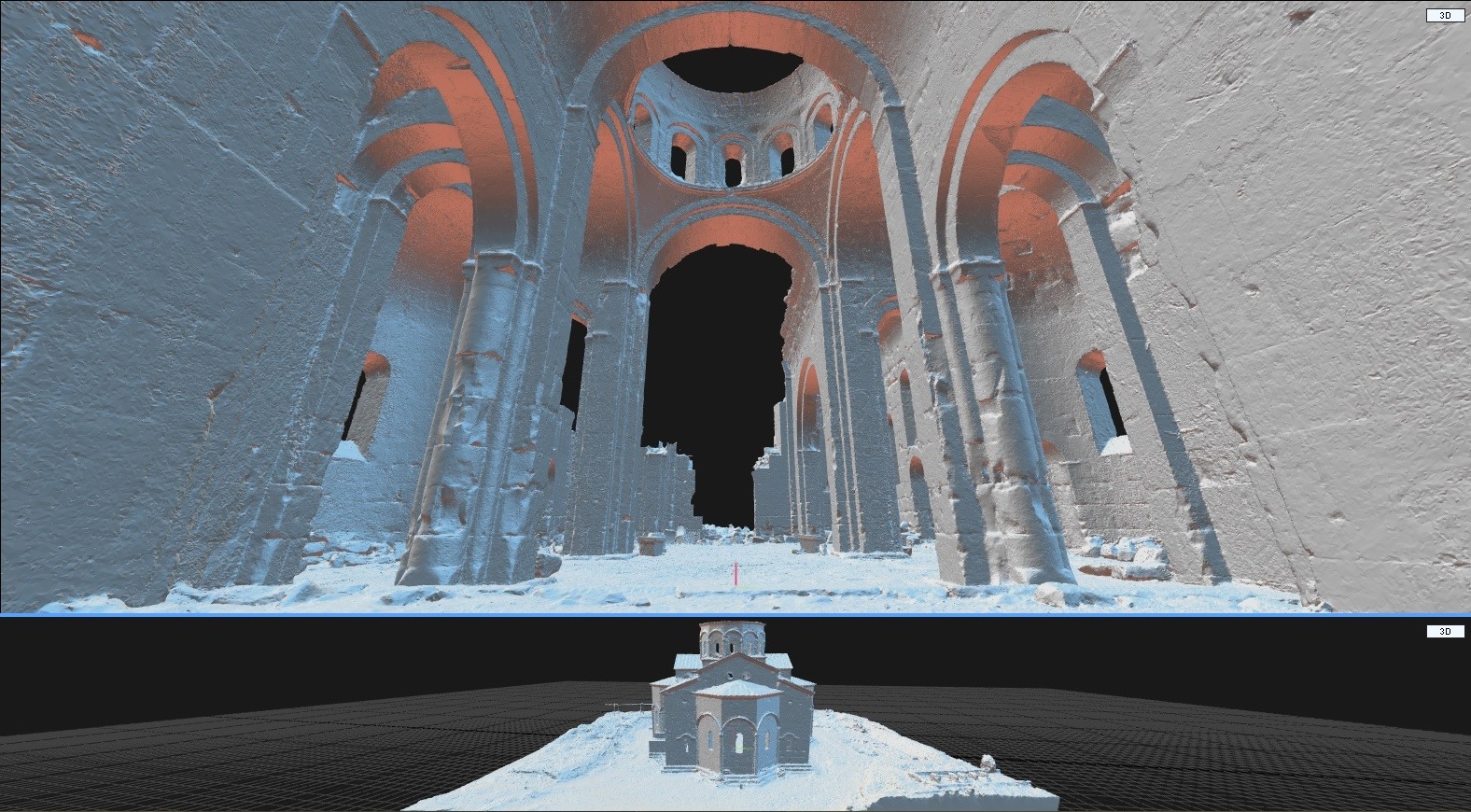