When a crash occurs, especially when there is serious injury or death, it is very important to gather all the required data and measurements, in order to prepare thorough documentation to investigate the crash. To properly document the crash scene, law enforcement officers take photos from many angles and conduct numerous measurements.

These include measurements of the surrounding area, final resting positions of the vehicles, the damage sustained by the vehicles, evidence that is scattered across the scene and much more. They also diagram the crash scene and note all the key information. 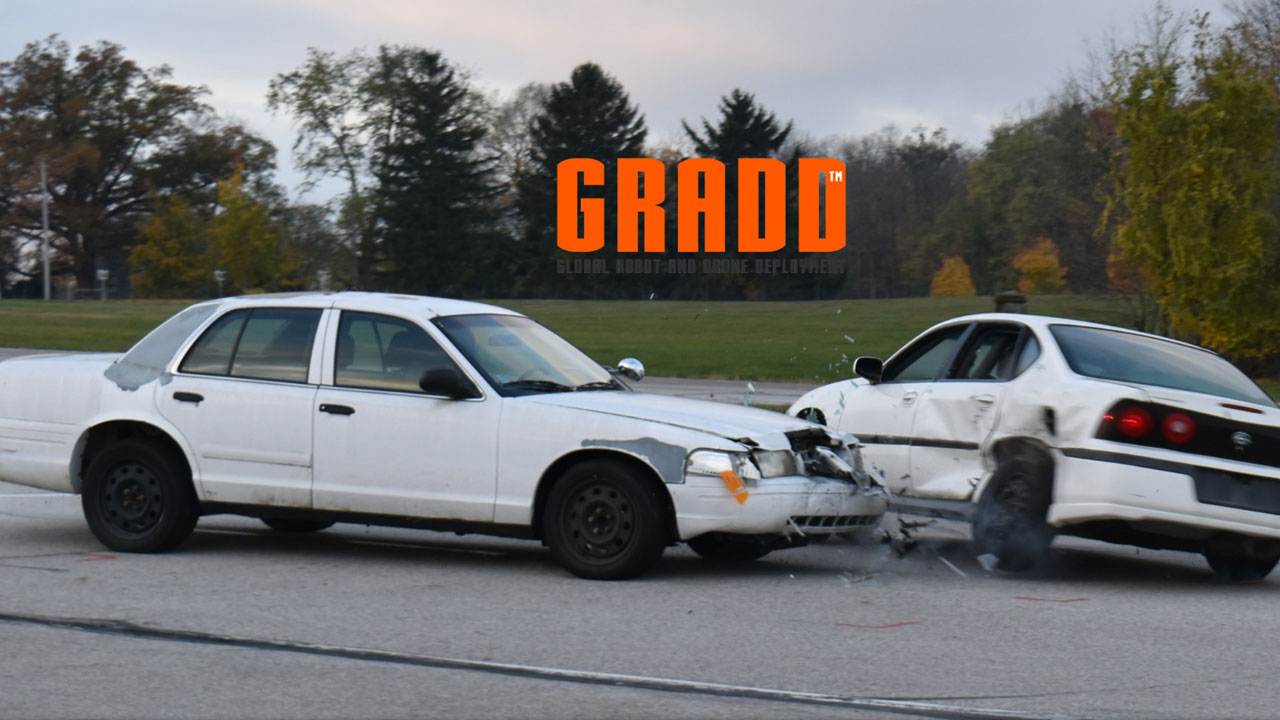 The current methods for obtaining the measurements and conducting the on-site investigation and documentation is quite time-consuming, and to remain at the scene for a longer period of time risks the safety of law enforcement and first responders and may also lead to secondary and tertiary collisions.

In 2019 GRADD CO. in partnership with the Ohio Attorney General’s Office conducted a study in a controlled environment with two cars perpendicularly positioned to each other at an intersection, in order to simulate a side impact scenario. For gathering the necessary data from the crash scene, the team deployed a UAV, a DSLR handheld camera and a point-to-point laser measurement device.

While the DJI Phantom 4 Pro drone was launched to capture aerial images of the entire crash scene, a handheld DSLR camera was used on the ground to capture images of both vehicles for the purpose of creating high resolution 3D models of each vehicle. A laser measurement device - the Leica DISTO S910 - was used to conduct measurements of several control points to scale the 3D models. 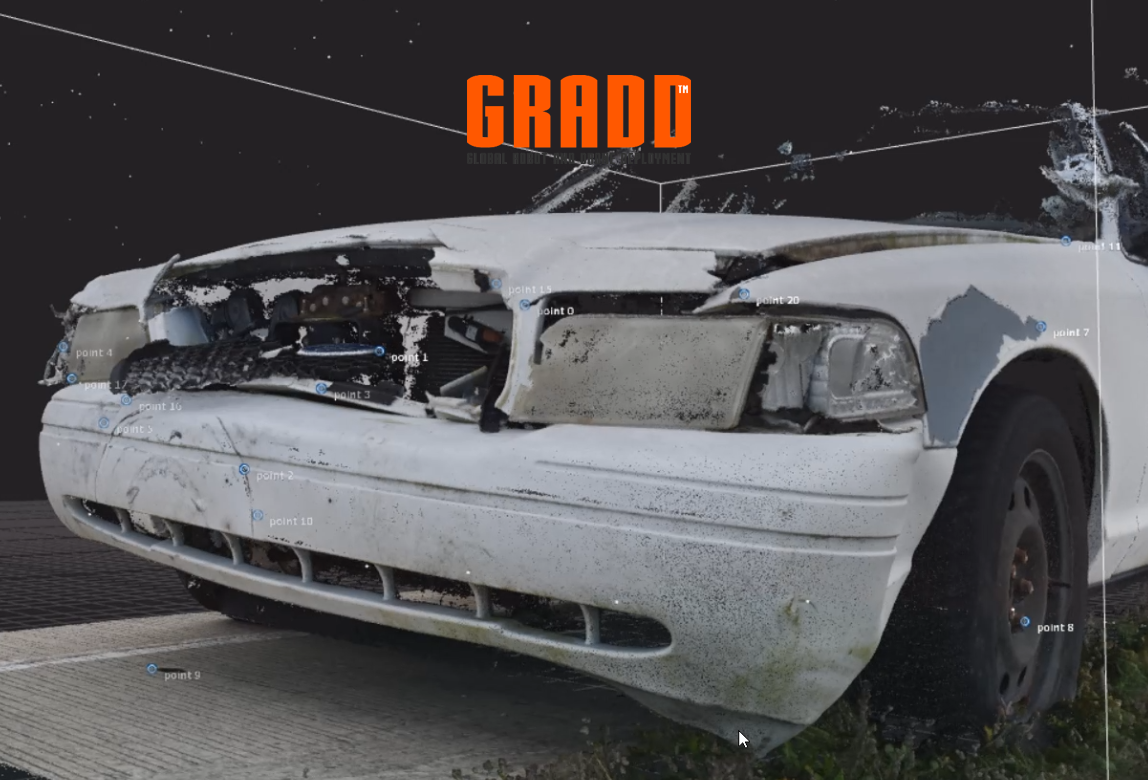 Creating highly detailed 3D models of the vehicles using photogrammetry software digitally preserves the condition of vehicles, just as they were minutes after the crash. This is very important in assisting with the ongoing investigation and the task of accurately reconstructing the accident. And since the RealityCapture software scales linearly, the investigators may capture as many photos as needed and still quickly obtain the final 3D models. 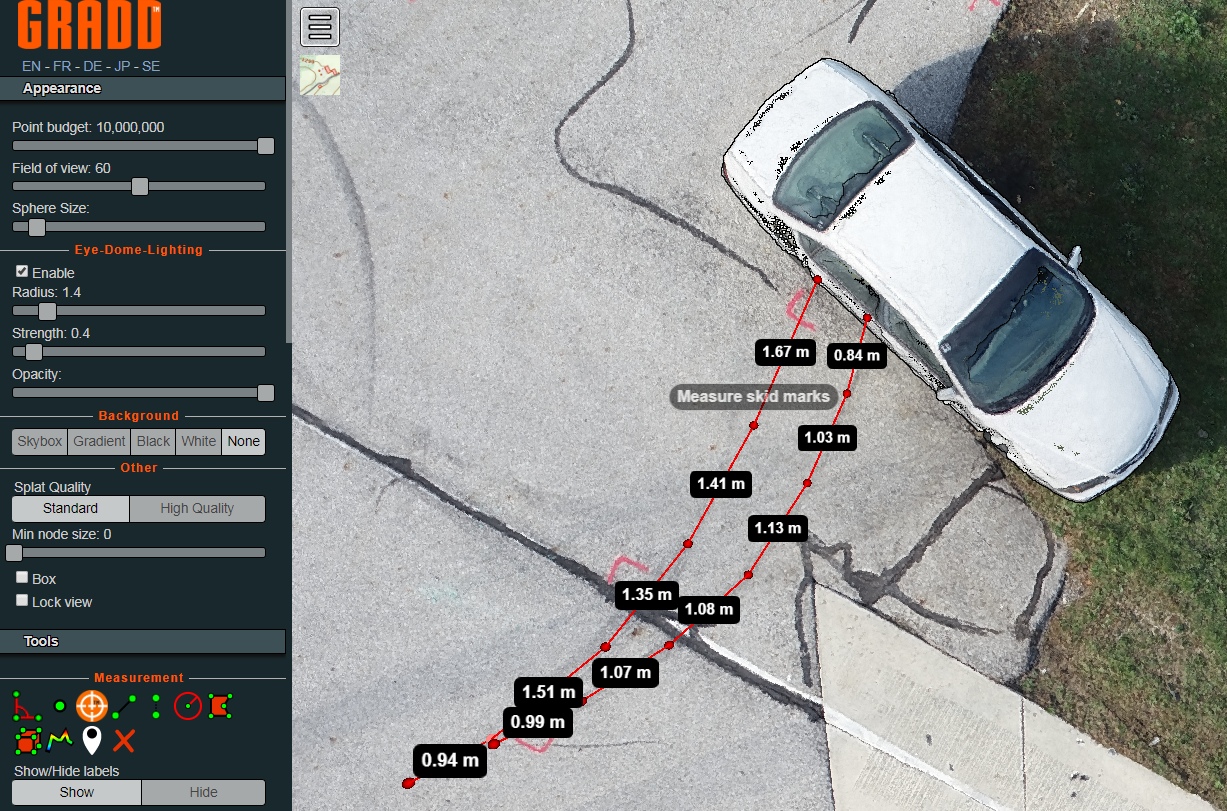 In conclusion, with the advancements in drone technology and photogrammetry software, with the GRADD comprehensive accident reconstruction solution, it is now possible to obtain the desired measurement accuracy as well as lower the need of using total stations within the crash scene