This ‘passion project’ created by Felix Dodd, was designed to raise awareness of the newly formed macroscans which is the world’s first and only 3d macro-scanning supplier for content creators. Currently, you can admire in the gallery ultra-realistic 3D beetles. 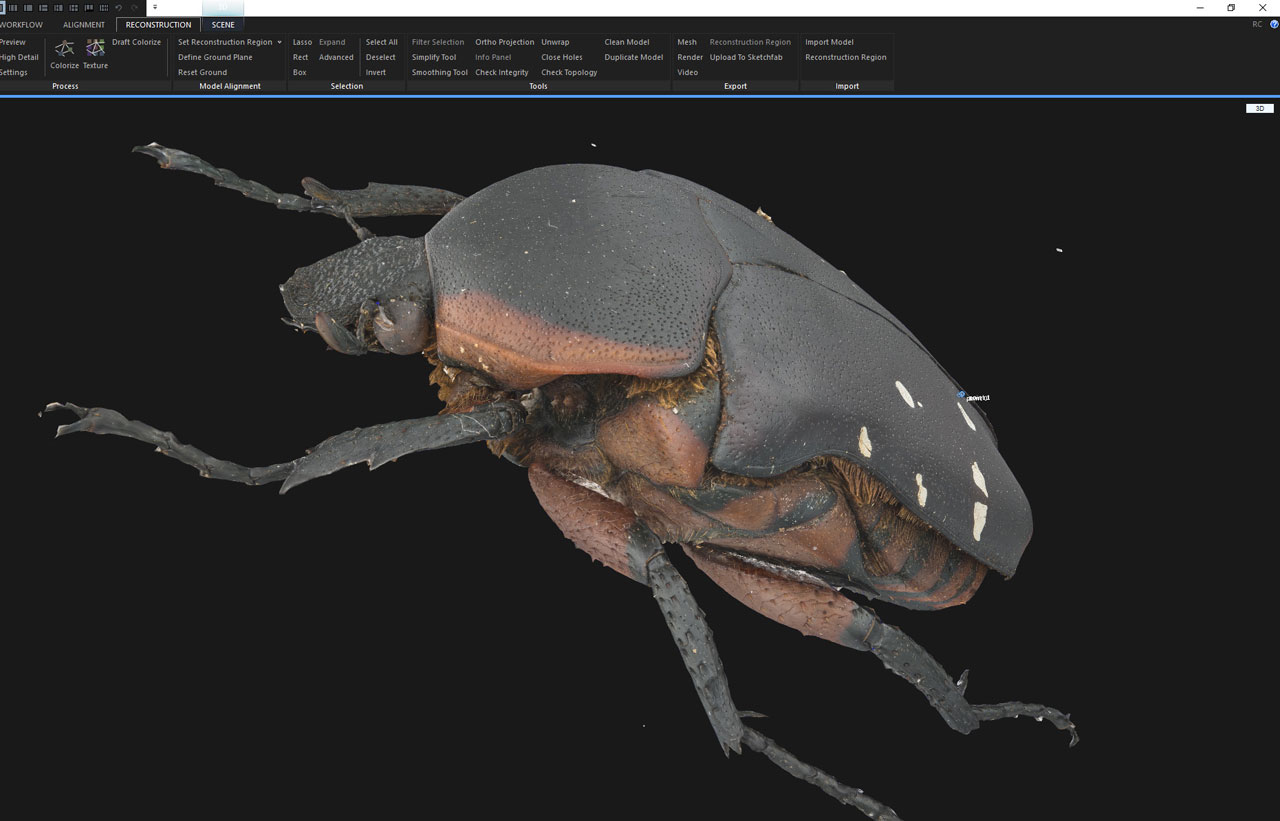 The idea for this project came from his photogrammetry work in virtual reality where he has used scans of urban areas to help architects and developers work more efficiently in collaborative VR sessions. He then developed environment captures that could be viewed at full-scale in VR and these were used in training applications that required ultra-realism. After this milestone, he decided to go beyond full size and discover an incredible use for VR that provides a brand-new perspective of the real world. 3D scanning tiny organisms and environments. 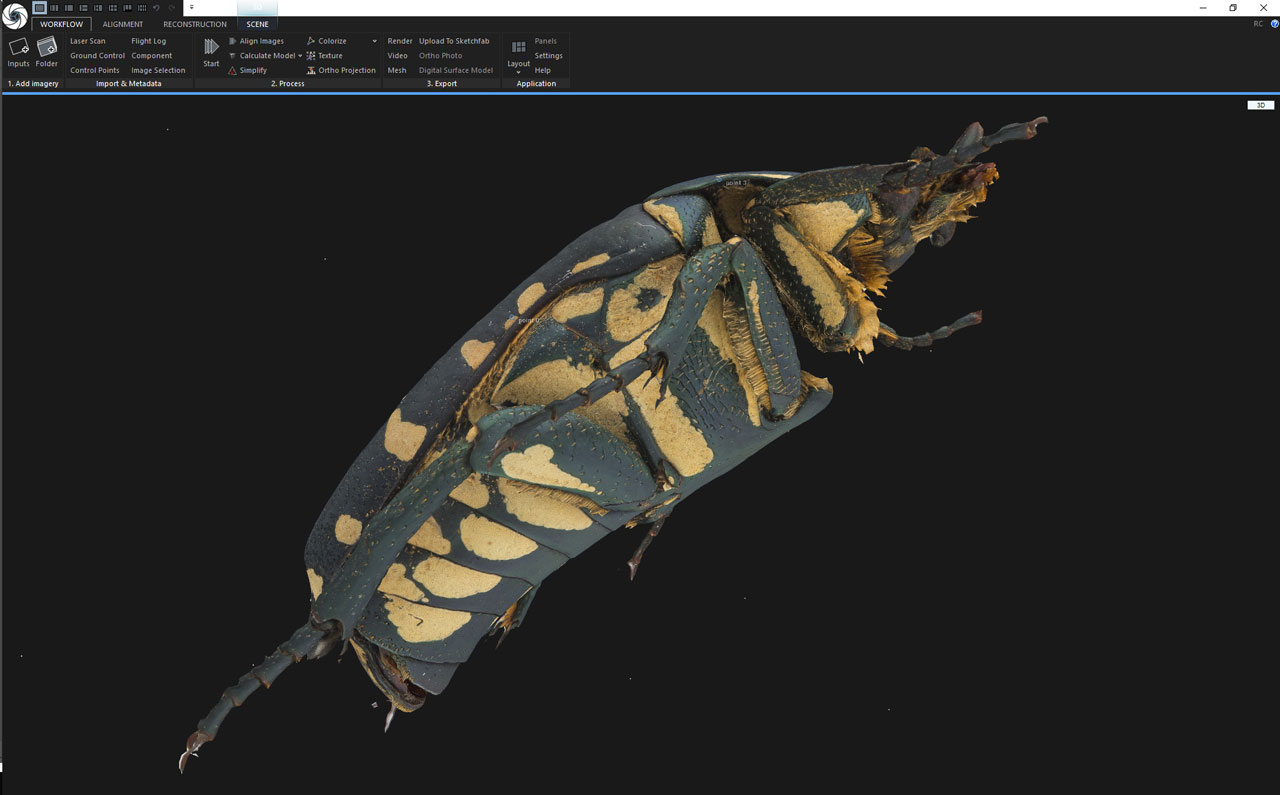 The inspiration for this idea has its roots in D'Arcy Wentworth Thompson’s 1917 book ‘On growth and form’ which was instrumental in bringing us closer to the magic of the natural world through a written narrative. The aim of macroworlds is to provide people with the same magic through direct experience.

The goal of Macroworlds VR (and in the future also AR) is to give people a bold new perspective of reality whilst raising the visual standard in entomology education. Inhabiting the world at this scale opens up a new frontier of experience, shapes, materials, and textures are unfamiliar and new whilst being part of our everyday world. People should become more sensitive to the world around them and the tiny things in it, once the experience has ended. The experience will be tailored also for use in schools and colleges in a variety of forms including the tiltfive AR experience which can be used by a group seated around a table to view and interact with the macroscans in detail.

All this magic is created by his own system for micro capture, with an emphasis on obtaining the highest fidelity possible with today’s technology. Despite the small size of the subjects the capture process is much more involved than a full-body scan and requires many thousands of photos to be taken in an extremely precise manner. 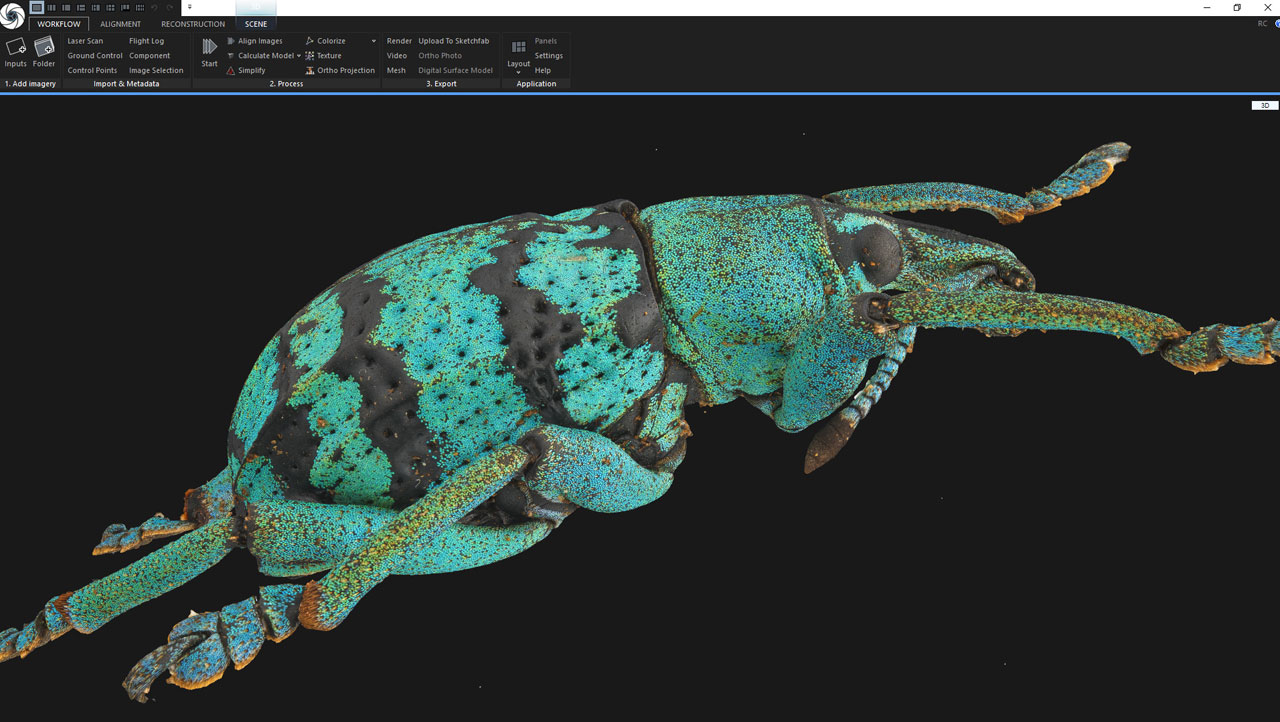 “Reality capture stands apart from other photogrammetry solutions in my experience and I have used them all. A clear path to a good result with just the right amount of tools, and the ability to load enormous models and point-clouds is nothing short of amazing sometimes. The developers are clearly in the business of providing pure functionality with no unnecessary nobs or dials; it is elegant and the value of that alone cannot be overstated. “ 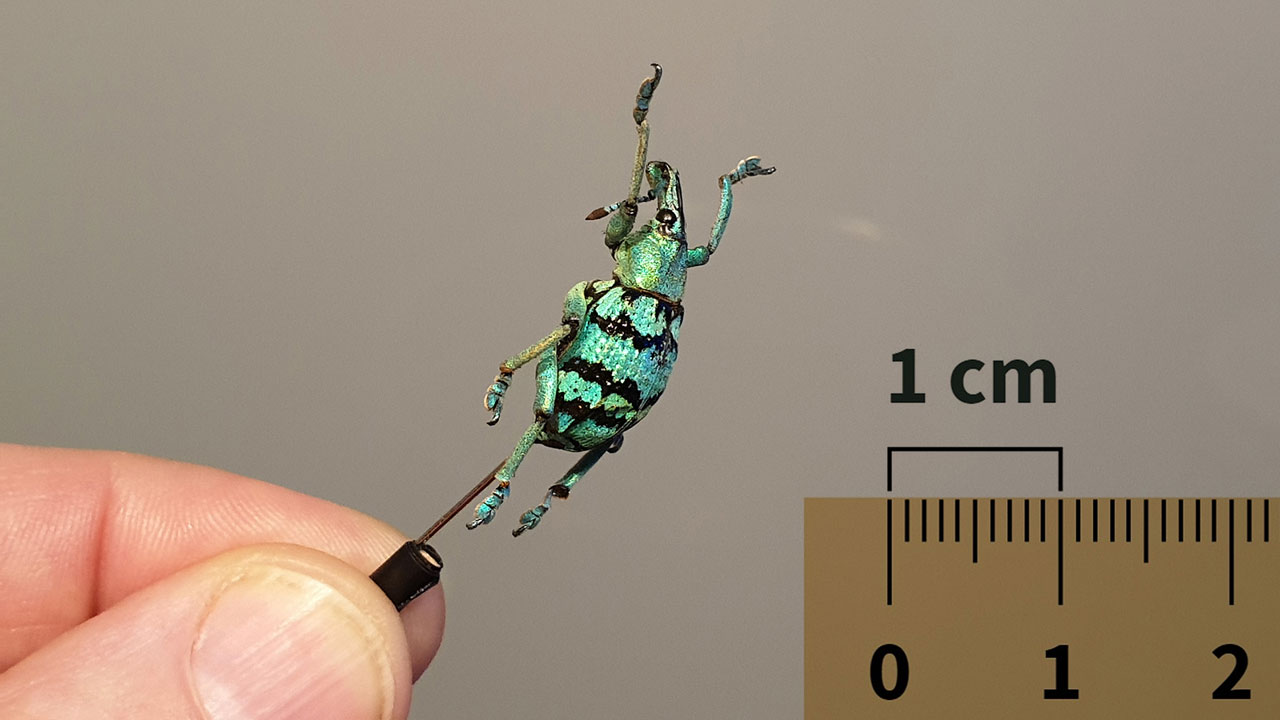 Regarding the challenges encountered with this project, there are many, but the biggest one was overcoming the physics of optics. When photographic small object the depth of focus gets shallower and shallower the higher the magnification is, and this makes it impossible to extract useable data without intervention. The intervention is the biggest challenge together with maintaining pixel fidelity between the input image and the final output texture and model. Capturing a small insect, therefore, is a magical thing, and presenting it in VR at an enlarged scale is a bit like visiting the moon or mars, literally – it is a real thing that exists but getting to stand in front of it and see it up close and personal requires a huge amount of effort and technology.

Felix Dodd has many years’ experience developing 3D visualization techniques. He has worked with CGI and film, specializing in real-time rendering since before the first release of Unreal Engine. He had established techniques for VR production. He has created a new format for experiencing VR with VRCE and now is building the world's first 3D macro experience, macroworlds.