Museums at your fingertips

Erik Lernestål is a photographer at the National Historical Museums in Stockholm, Sweden. They are a government agency under the Swedish Ministry of Culture and have six individual museums as well as the country’s largest outfit of archaeologists under its wings.

Their purpose is to promote knowledge of and interest in the history of Sweden and to preserve and develop the cultural heritage within their care. They strongly believe in openness and sharing and so their digital resources (collection database, hires 2D images, 3D models etc) are made available with the user in focus and are free to use and re-use under open licenses.


“Most of the people of the world will never visit any of our museums, but digital technologies, such as photogrammetry, provide fantastic new ways and opportunities to reach out and to promote the historical interest to a wider audience throughout Sweden and globally.”

“With that being said. Technology has no self-purpose for us. It merely provides us with various potential tools for delivering knowledge. Photogrammetry is such a tool and one can create a stunning 3D model of an object but if it is used out of its context it will just be a cool thing on a screen at best” says Erik Lernestål.

At the National Historical Museums they connect their 3D models with information about the objects origin, its history, its owner and what it is made of etcetera and have thus created a digital asset that they can use as a tool for storytelling and for conveying knowledge. 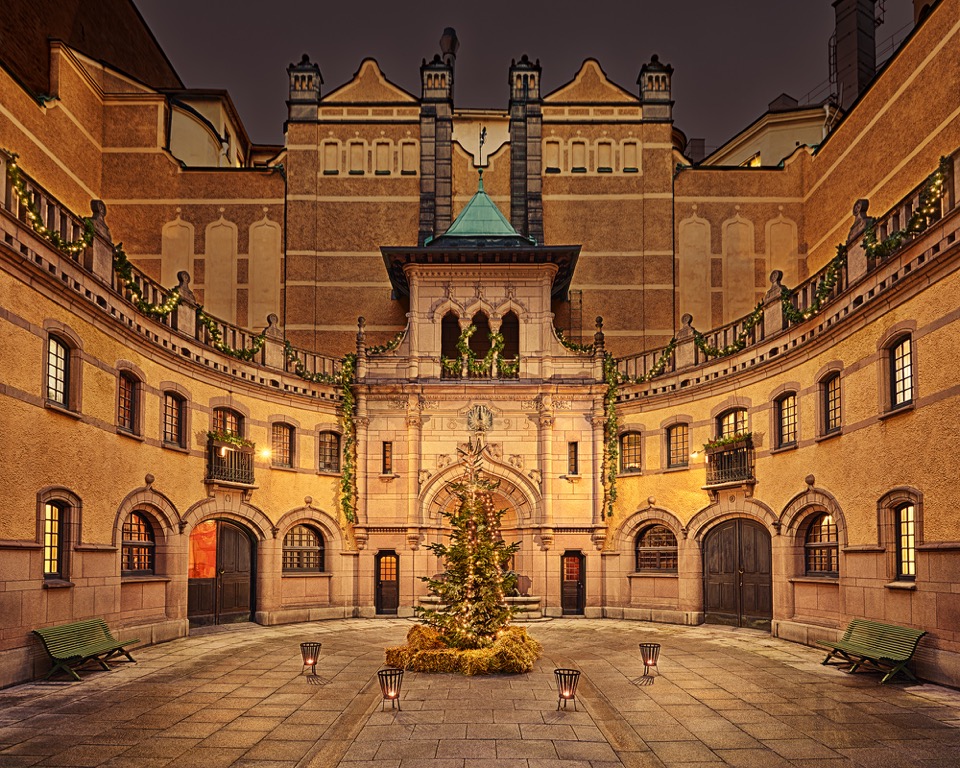 The Hallwyl House in Stockholm was built as a winter home for the immensely rich couple Walther and Wilhelmina von Hallwyl and was completed in 1898. This palatial residence is now one of the city's most eccentric and engaging museums.

The rooms have stayed as originally furnished by Wilhelmina von Hallwyl, and stands as a unique testimonial of the lifestyle and décor of the late Victorian period in Sweden. However, the museum is quite inaccessible to people that are not able to walk the many stairs in the house. Due to the fact that the house is a preserved time capsule from the late 19th century no modern elevator has ever been installed.

And so in 2017 they launched an accessibility project with the ambition to digitally “lower the threshold“ to the museum through the use of photogrammetry.

A test scan of the top floor Picture Gallery received a lot of positive feedback, so they ended up scanning all of the first floor State Rooms. Ten in total. The resulting models, created from the start to finish in RealityCapture, were published on Sketchfab, where people can enjoy added annotations and audio guides and learn more about the history of the house and the people who lived and worked there. The models are also free to download and to re-use under open licences (CC-BY).

Erik used Panasonic GX8 cameras equipped with 25 mm lenses to capture 1,300-2,500 images per room. Below you can see a part of the actual capturing process as well as the resulting camera alignment in RealityCapture. The capturing process was repeated at three different heights around the rooms. 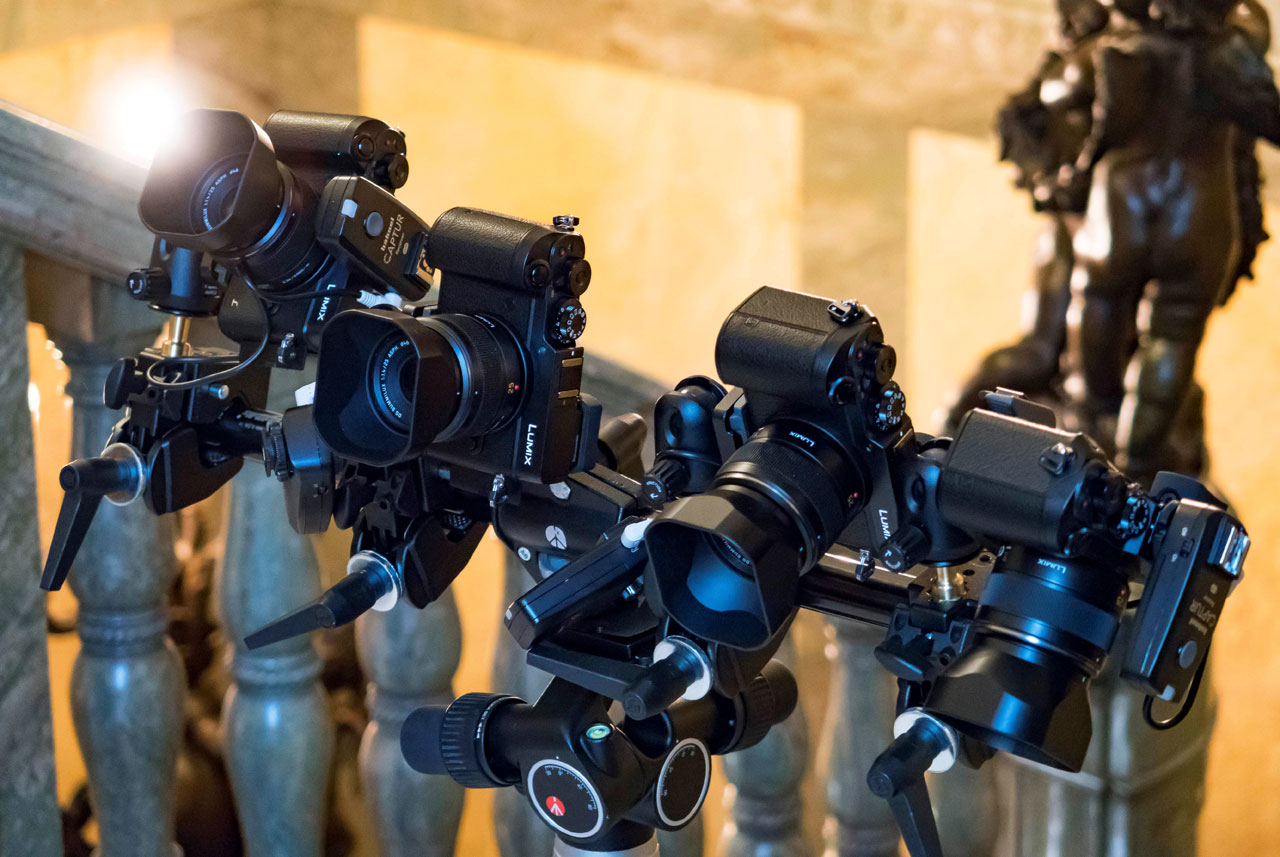 The scans received quite a lot of attention. Their work were staff picked several times by Sketchfab and to date the models have been viewed more than 150k times and downloaded more than 16k times. The above 10% download rate has been maintained more or less since the first upload but where do they all end up one wonders.

In 2018, Erik found a YouTube video by chance in which an animated character explores a 3D version of the Hallwyl Museum via a platform called VRChat.


Someone had downloaded the museum’s assets from Sketchfab and used them to create a VR world where you can walk around the rooms with your avatar, sit in the furniture and interact with other users in VR or in desktop mode. If you pick up a candle at the start, you turn on signs with information about the rooms. VRChat is available on Steam and below are two short clips showing the Hallwyl world.

The world on VRChat has now been visited over 56k times by people from all over the world and has taken the Hallwyl Museum’s original idea of increased accessibility to a level they could not have imagined when they began scanning back in 2017.

“This really shows the power of open data and is by far my favourite case of re-use of our 3D data to date. Combined with the traffic on Sketchfab this is the furthest outreach the museum has ever seen in one of its digital productions. For comparison the physical museum receives around 150k visitors in a year.” says Erik.


Their latest 3D project involves the Royal Armory in Stockholm and its recently re-opened and completely re-made permanent exhibition. Here you can now find a 55” 4k touch screen on which you can interact with eight high-resolution 3D models of selected pieces of armour from the collections.


The setup shown below is what Erik uses for scanning objects of most sizes. You basically place the object and yourself inside of a white box and light it from the outside. This makes for a very flat and even lighting, which is crucial for shiny metal objects like these. The suit of armour was the most demanding object to scan. Erik ended up processing almost 2,000 images in RealityCapture to bring out the detail in both the mesh and texture. The armour is not free-standing but is rigged on a modern metal skeleton. It has been removed using the filtering tool before texturing the model.


The app running on the touch screen in the museum is based on Sketchfab’s open viewer API and is developed by Rayspace AB for the museum. The app makes it possible to switch between high resolution models loaded from Sketchfab without the need to reload the entire scene. It is possible to predefine camera angles and add information about the objects in two languages in order to create custom narratives.

A full resolution working demo with three models, to be more GPU friendly, is available and the app will soon be made available as open-source. The 3D models are of course already available as free downloads through Sketchfab.