Two years ago Chasing the Hihat started to research capturing nature and environments in 3D as an addition to a 2D map that is generally used for production plans to pre-produce events. In November 2017 a first prototype confirmed their technical approach and with the help of a VR developer they started to create their software to plan events in a bit different way.

The idea is to scan a natural environment using aerial and ground photographs, use this material to create a 3D map inside RealityCapture and then use it to validate design choices in an event (where to place a different stand, an area for people, where a podium will be…). 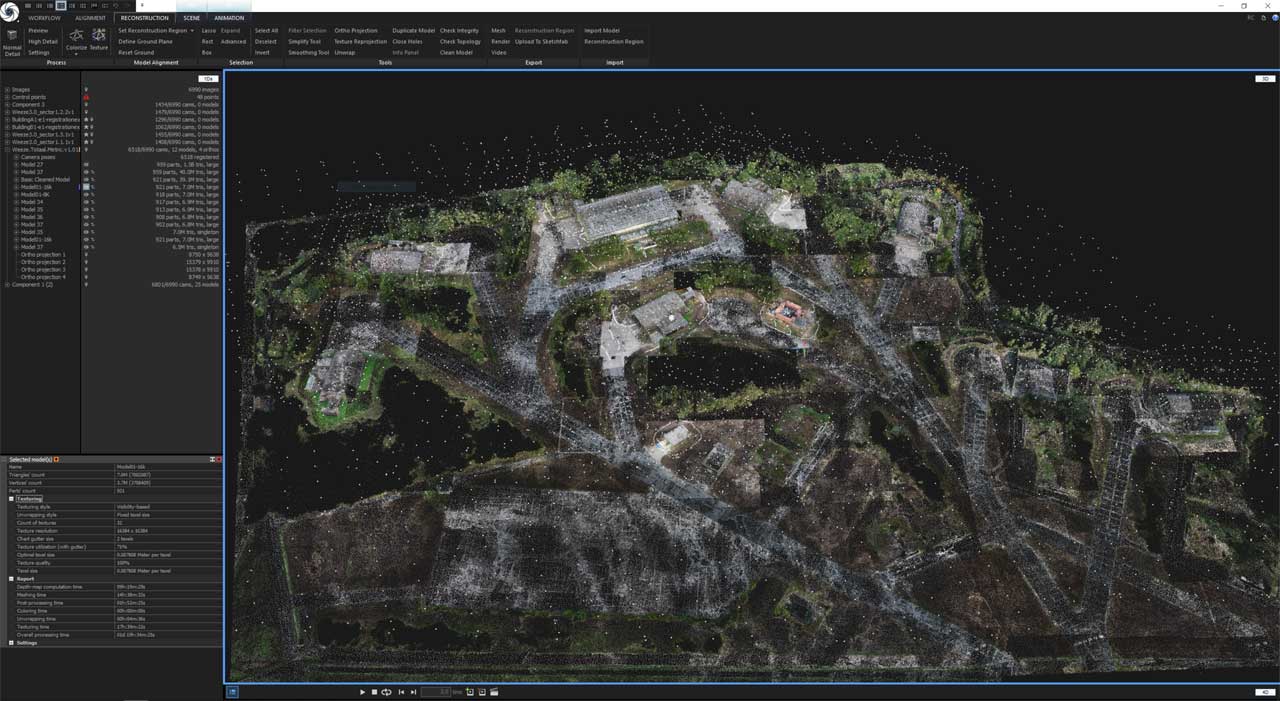 For one of their pioneer clients, Q-Dance, they helped digitize the interior and exterior of the Weeze Airport. The location is particularly difficult since great limitation is bound to flying drones near airports. Also, many architectural structures demand many manual shots from the interior in order to recreate the real dimensions of the venue.

Overall, they processed 12,000 photos in RealityCapture in order to accomplish the hefty task and export a single mesh. Then they applied the texture to keep VR performance on par and inject models of the structure they intended to place during the real-time event. 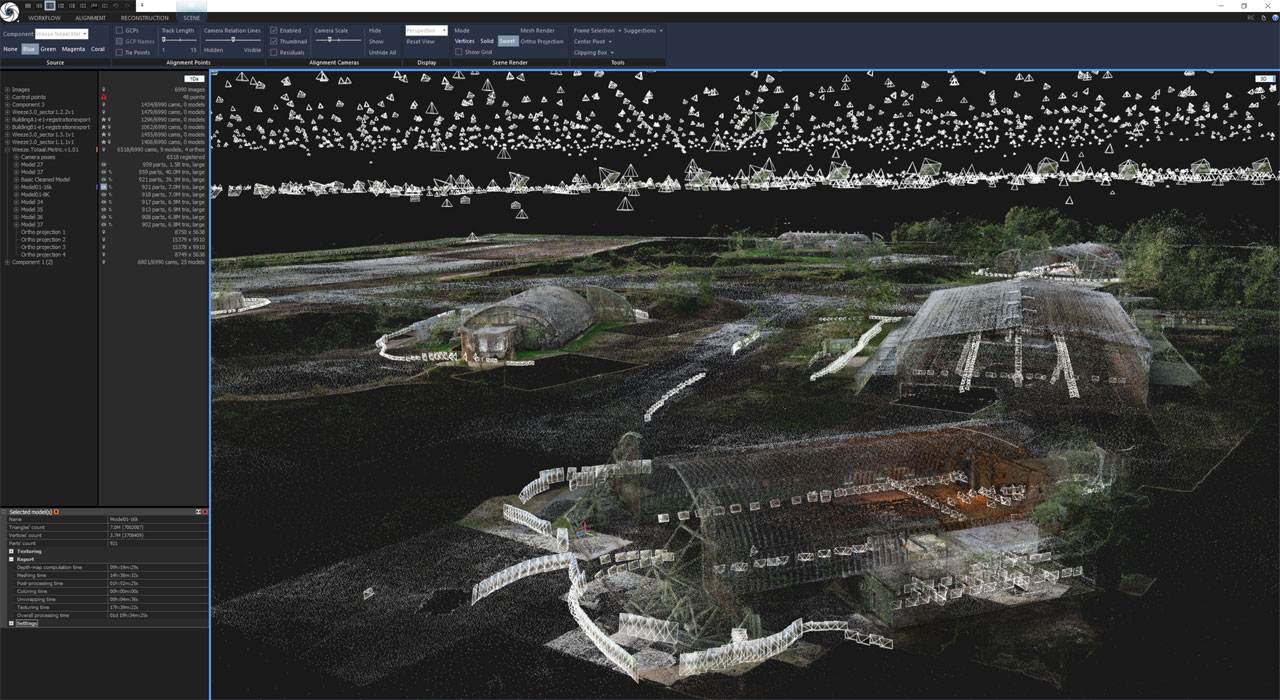 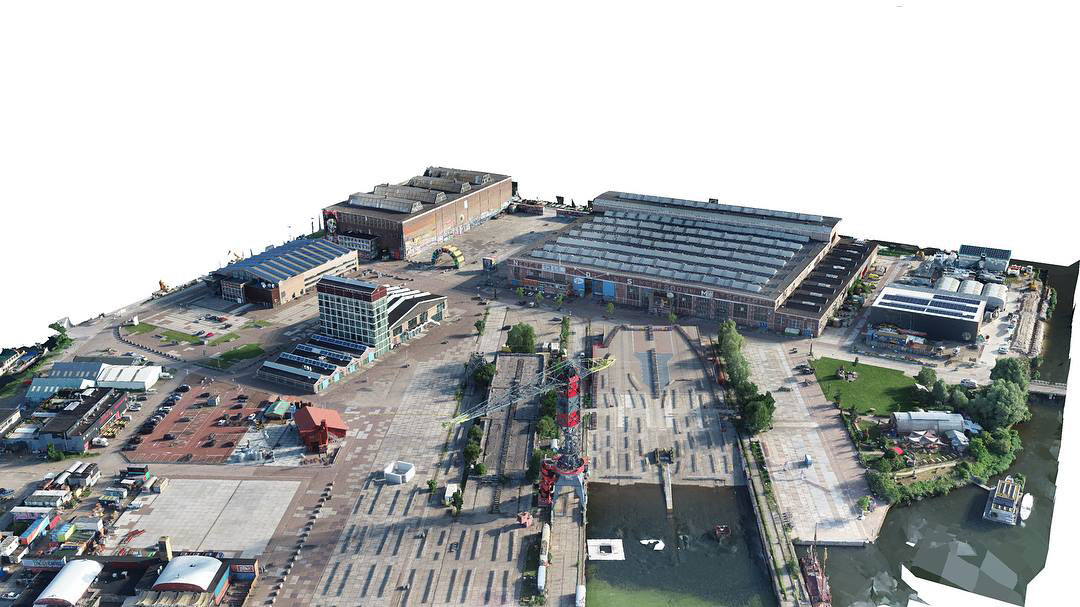 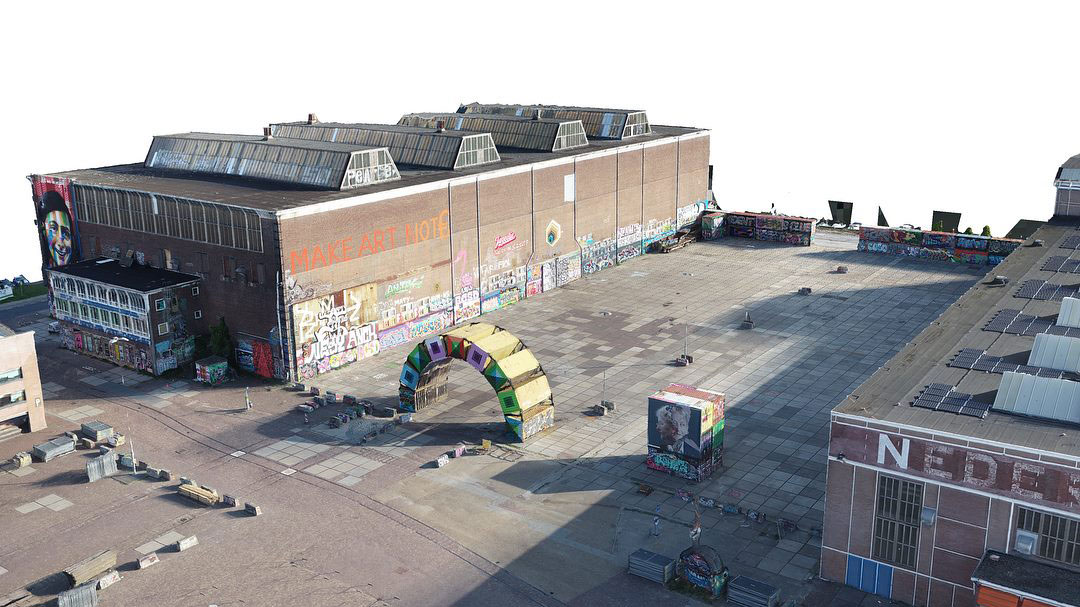 
Chasing the Hihat Group is a full-service firm based in Amsterdam, Netherlands. They initiated an internal start-up company that utilizes new technologies such as photogrammetry and Virtual Reality to plan events in 3D, precise dimensioned digital environments. Start-up website.